Camden County has declared a Code Blue starting Friday night, as temperatures are expected to dip into the 20s.
WPVI
By Trish Hartman 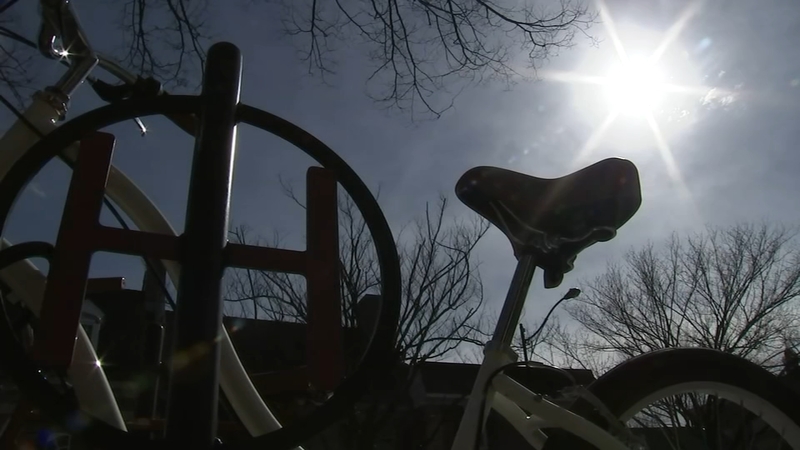 HADDONFIELD, New Jersey (WPVI) -- People had a spring in their step Thursday, enjoying warm temperatures ahead of a storm with strong anticipated winds and rain.

As people walked around Haddonfield without jackets on eating ice cream, one might think it was April rather than February.

"It's almost 65 degrees in February so we stayed after school on the playground for an hour and then I said, 'Let's be silly and just have ice cream before lunch!'" said Ellen Woodcock of Haddonfield as her 4-year-old daughter, Violet, ate ice cream on a bench.

All around them, people enjoyed the unseasonably warm temperatures.

"I should be out golfing but I'll take this," said John Begley of Haddon Heights.

"I do like the winter, but a warm day mixed in is pretty refreshing too," said Kimberly Begley.

The spring preview was also refreshing for shops like the Spice and Tea Exchange, which always welcomes more foot traffic.

"If they see something interesting, they come in and we keep the door open so that it entices them a little bit because everything smells so wonderful," said employee Diane McGowan.

"So I put in a good hour and a half, worked out, and I'm enjoying it. Don't know when I'm going to stop," said Smith, smoothly maneuvering the ball around in the parking lot.

The wind tried to blow a few hats away -- a small price to pay for a little break from the bitter cold.

"There's a lot of wind, but when there's no wind it's nice," said Guillaume Schpektor of Cherry Hill.

But of course, it's only February and this weather won't last.

Camden County has declared a Code Blue starting Friday night, as temperatures are expected to dip into the 20s.