Ringing in the New Year across the region 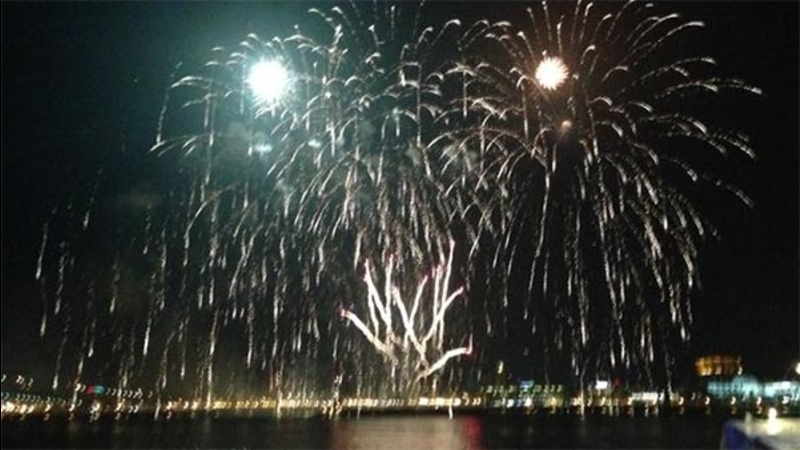 VIDEO: Ringing in the New Year across the area

PHILADELPHIA (WPVI) -- With fireworks bursting into the air, plenty of food and lots of fun - hundreds of people rang in the New Year with Blue Cross RiverRink Winterfest at Penns Landing.

It's no small feat - both shows are synchronized to music, use four tons of explosives and shoot almost 800 feet in the air.

The fireworks launch from barges in the middle of the Delaware River.

"I think at the end where the fireworks got really big and were at the top of the sky," said Alexa Schnur.

"Amazing - it's a beautiful night, it's chilly but it does feel like New Years. The music was wonderful, the crowd, everyone was in a spirited mood," said Dolores McMullen.

Also at Penns Landing, we found love along the river. Christine Wilkinson and Matthew Henigan of Mt. Airy picked Wednesday to tie the knot.

"I think it's great, he'll never forget our anniversary, we'll always have a party to go to and it's just adding to the celebration," said Wilkinson.

"Yea it's definitely a celebration - a new year, a new beginning," said Henigan.

Back at the RiverRink, music food and ice skating kept people busy in between the fireworks shows.

"It's really fun but it's really cold but it's worth it because it makes it a memorable year," said Dana Jacobstein.

Each fireworks display has a theme. The first show at 6:00 p.m. was "A Salute to the Big Screen" and included music from the movies. 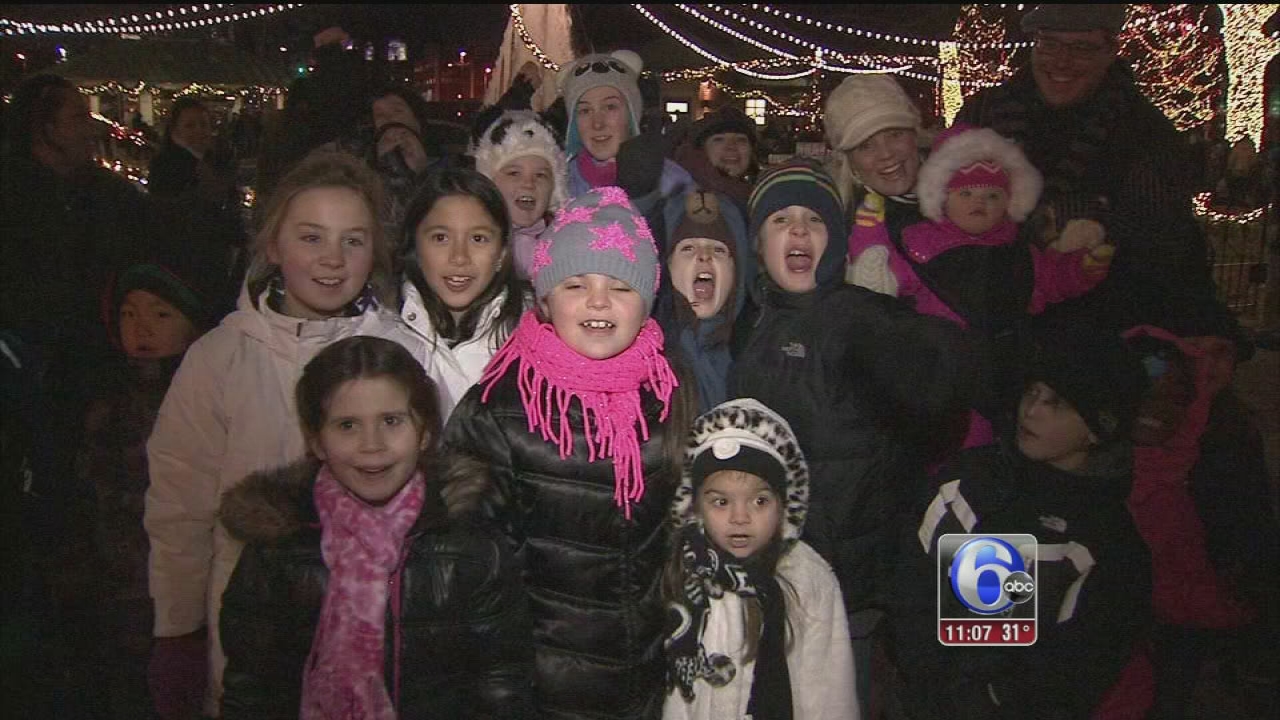 Penns Landing wasn't the only place to ring in the New Year.

At Franklin Square, families gathered with their children to watch the square drop to ring in 2015.

It was time to hang out with family and friends while watching the fireworks going off in the distance at Penns Landing.

Meanwhile at Hotel Monaco on Chestnut Street, guests were drinking wine and getting ready for the festivities at a pet-friendly reception.

"We're having a full building party so to speak, we're having a ticketed event, so you can get access both to the Red Owl Tavern, Stratus Lounge. We've got an open bar, food, live band, DJs - the works," said Natalie Pineda, general manager of Red Owl Tavern.

Meanwhile, at the City Tavern on 2nd Street in Old City, they were having a traditional 18th century feast that was out of this world.

Complete with staff dressed in period costumes, Chef Staib says it provides a glimpse of what the holidays may have been like back in the days of Ben Franklin and the other founding fathers.

Finally, walking up the escalator at the Loews Hotel on Market Street - they were setting up two ballrooms to celebrate the New Year.

"This is the main ballroom, we'll have Gypsy Wisdom playing, a live band and we'll also have a couple Ds in here. In the other room, we'll have more of a club scene so we'll have a bunch of DJ's in there," said Joe DeCandido, ADVENT.

With food, fun and lots to do - people across the region are ready for 2015.