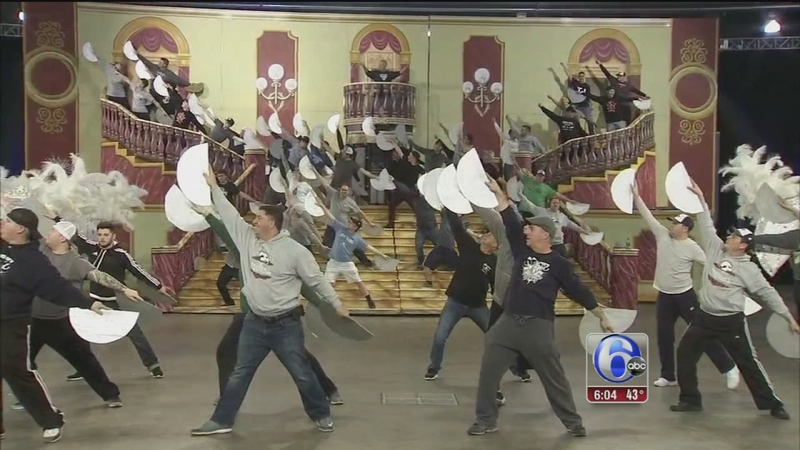 PHILADELPHIA (WPVI) -- The Convention Center has been transformed for the Mummers Parade and show preparations.

It's really an impressive sight to see.

Ninety "fancies" all in unison, looking like a Broadway show.

They're the Bill McIntyre Shooting Stars Brigade and their show this year is "The Phantoms Masquerade."

With another New Year in just hours, father and son Fran and Scott McIntyre couldn't be more excited.

"The passion for this parade is unprecedented, I kid you not," said Fran McIntyre, Shooting Stars Brigade.

Scott says having his dad here watching him makes ringing in the New Year that much more special.

"Being with my dad, my two brothers, my nephews and my son, there's nothing like it in the world," said Scott McIntyre, Shooting Stars Brigade.

It doesn't get much busier than this.

The halls, the rooms, they're all decked out for the New Year.

The kitchen staff was all hands on deck.

If you want lobster tail and great food, it's definitely one of the places to be tonight.

The band Sublime with Rome is also playing.

Member Eric Wilson was an original member of Sublime and wants to see you there.