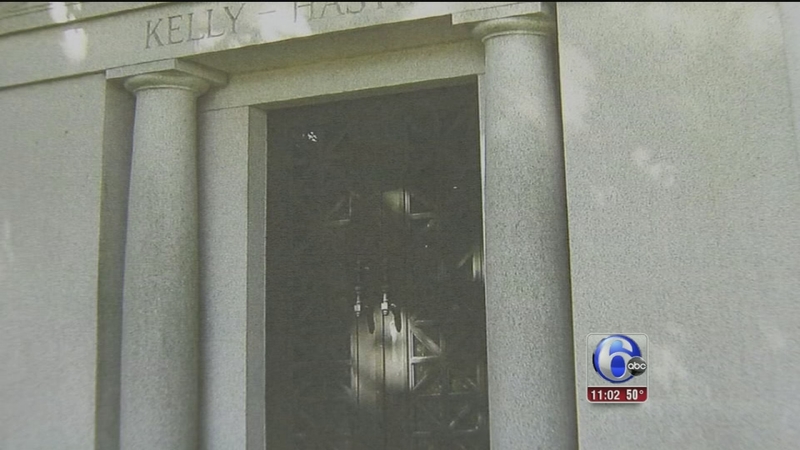 PHILADELPHIA (WPVI) -- Police are seeking help from the public in the theft of two bronze mausoleum doors from the historic Laurel Hill Cemetery in Philadelphia.

"This is unusual. It's very rare that we respond to thefts of this nature," Philadelphia Police Chief Inspector Scott Small said.

Plywood now covers the entrance where those ornate doors stood for more than 100 years.

Cemetery officials say the doors were there Monday so they believe the theft occurred sometime very early Tuesday morning before sunrise.

Laurel Hill Cemetery CEO Pete Hoskins is stumped on how they were able to get away with the enormous objects without being detected and leaving behind little trace of what they did.

"Until the police can come up with some ideas for us, we don't really know because as far as we know, nobody broke in, they might have gone underneath or over a fence," Hoskins said.


"Police are checking some salvage yards in the area, scrapyards, any junkyards where possibly these doors could be sold," Small said.

But Hoskins emphasizes the monetary value of those stolen items is not the real issue.

"We are here to take permanent care of families and that's our job. For someone to think they can come in and take away someone's entire history is unthinkable," Hoskins said.