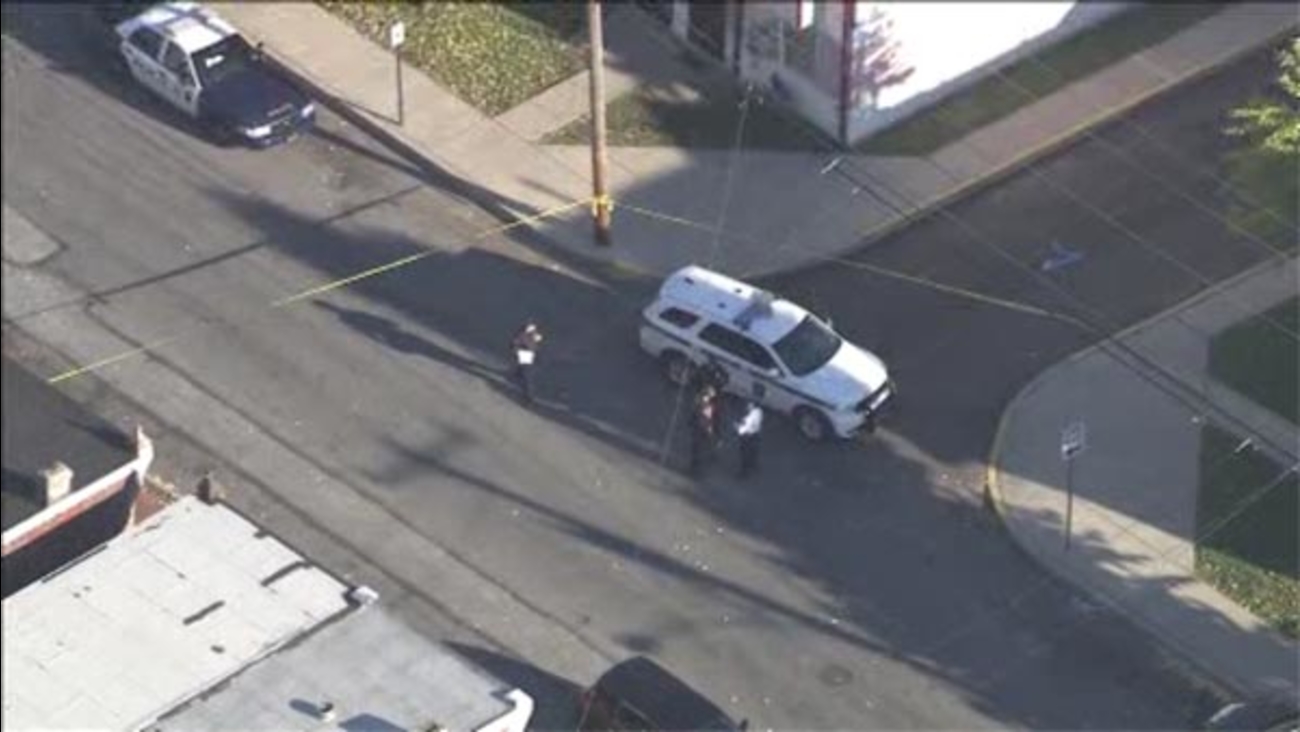 Chester police are on the scene of a double shooting that left two men injured.

CHESTER, Pa. (WPVI) -- Chester police are on the scene of a drive-by double shooting that left one man dead and another injured.

The shooting happened shortly before 4 p.m. Friday in the area of 5th and Franklin streets near the William Penn Housing Projects.

One victim was transported to Crozier-Chester Medical Center where he was later pronounced dead.

The other victim, who initially remained at the scene, has also been taken to the Crozier-Chester Medical Center for a gunshot wound to the leg.

So far, no word on any suspects.