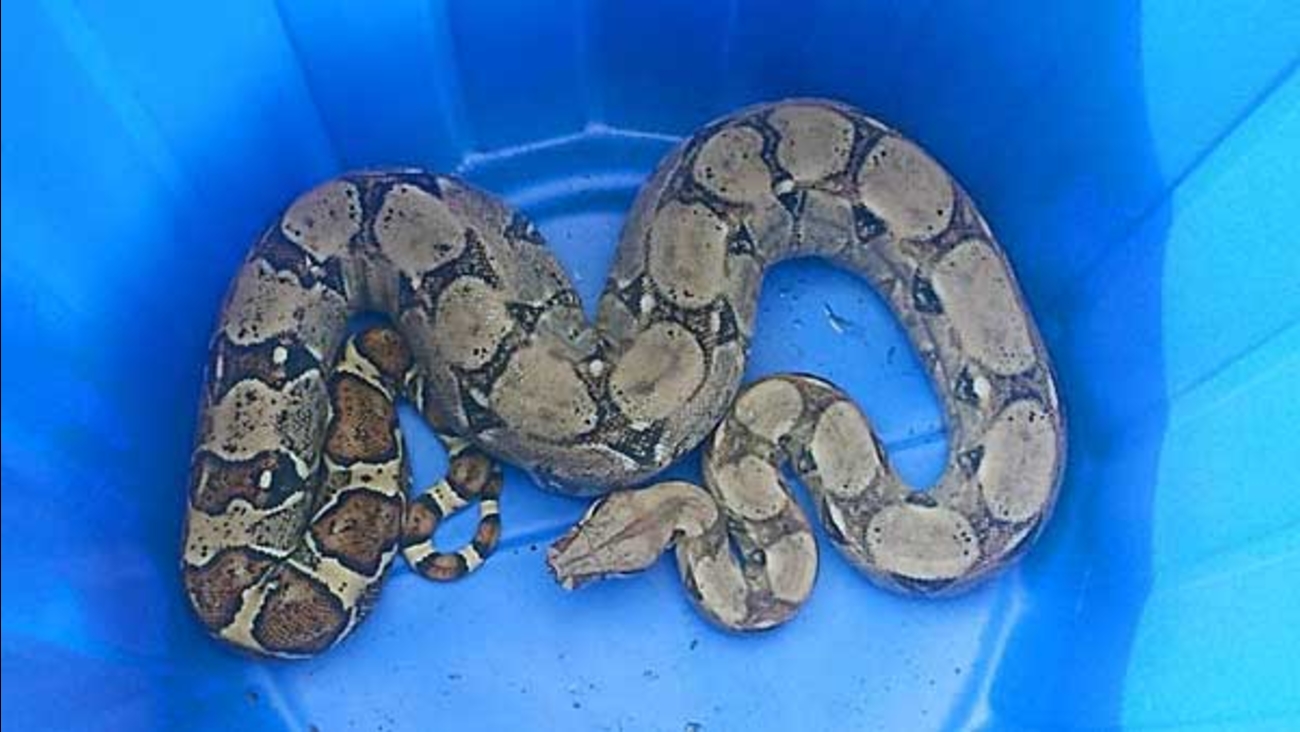 A boa constrictor has caused a stir after being abandoned in downtown Dover.

DOVER, Del. -- A boa constrictor has caused a stir after being abandoned in downtown Dover.

Maintenance workers at Bayhealth-Kent General Hospital say they saw the tail of a large snake sticking out from a wooden pallet Wednesday afternoon near the hospital campus. Dover Police Cpl. Mark Hoffman says the snake was later identified as a red-tailed boa constrictor, and measured nearly 5 feet.

A few responding officers moved the snake into a bin and later took it to the Dover Society for the Prevention of Cruelty to Animals. Hoffman says Dover police officers are occasionally called about snakes in homes, but that this case was atypical.