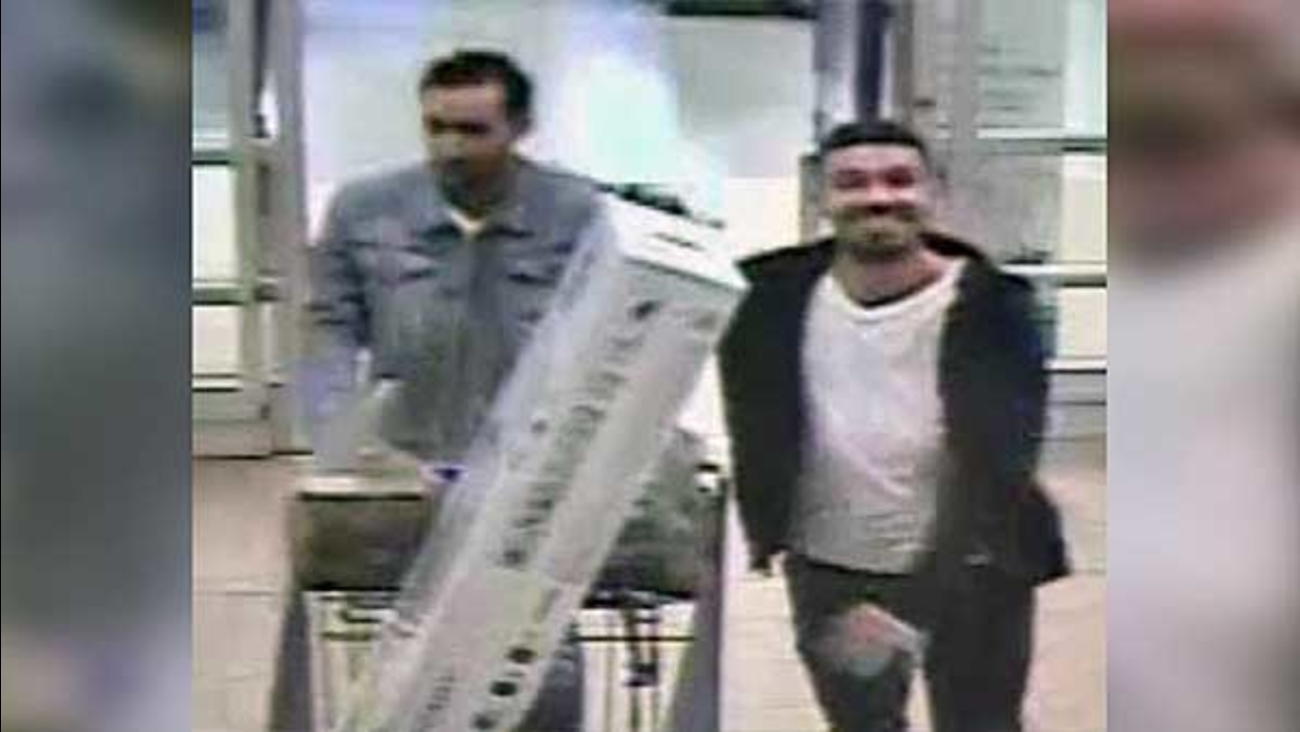 Philadelphia police are searching for two suspects who they say pistol whipped and robbed a deliveryman in the city's Kensington section last month.

KENSINGTON (WPVI) -- Philadelphia police are searching for two suspects who they say pistol whipped and robbed a deliveryman in the city's Kensington section last month.

The incident happened shortly after midnight back on September 18.

Police say the victim, a 31-year-old man, was making a delivery for the Peking Garden Restaurant on the 1300 block of North Hancock Street when he was waved over by a Hispanic male.

The suspect said he did not have any cash to pay for the food and called a second Hispanic male over.


That's when the pair pulled a handgun on the driver and demanded cash.

They struck him on the head with the handgun, grabbed his wallet and fled towards the 1200 block of North Hancock Street.

About an hour later, the suspects were caught on surveillance video using the victim's credit card at a Sunoco Gas Station located at Knights and Woodhaven Roads in Northeast Philadelphia.

The pair then were caught on surveillance again using the credit cards inside a Walmart at the Franklin Mills Mall.

Police describe the first suspect as a Hispanic male, 25 years-old and 5'8" tall. He was wearing a black shirt and armed with a handgun.

The second suspect is described as a Hispanic male, 25 years-old, 5'8" tall with a medium build and goatee. He was wearing a blue jacket.