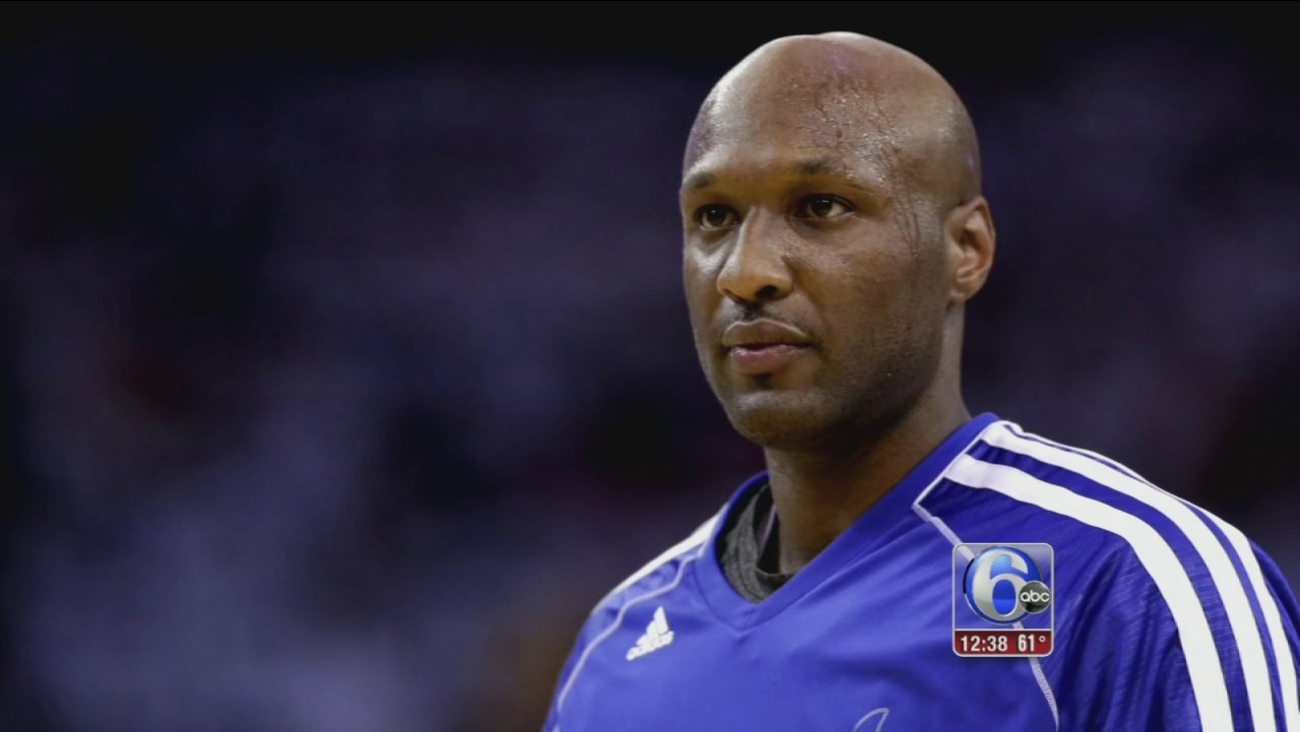 LAS VEGAS (WPVI) -- Lamar Odom has regained consciousness, speaking and even offering a thumbs-up from his hospital bed, just days after being found in extremely critical condition at a Nevada brothel.

Alvina Alston, publicist for JaNean Mercer, Odom's maternal aunt and godmother, said that Odom spoke a greeting and gave a thumbs-up Friday morning, his first communication since being hospitalized in Las Vegas Tuesday.

A person who is close to estranged wife Khloe Kardashian, who spoke on the condition of anonymity because she was not authorized to release details of Odom's condition to the press, also said that he was able to say hi to Kardashian.

It serves as the first significant update to Odom's health since he was found unconscious and facedown at the Love Ranch in Crystal, Nevada, Tuesday afternoon.

The development comes as Mercer and Kardashian just hours earlier started speaking out to thank fans.

Kardashian had said her family won't be posting content on their apps while attending to his health crisis.

The online message read: "As a family, we've decided to hold off on publishing content across our apps while we continue to support and pray for Lamar."

She also thanked fans for their kindness and understanding. The message was addressed to fans as a note from Kardashian.

The blog-like apps offer first-person postings with photos and advice. Announcing a posting black-out is a rarity for the family, who meticulously document their lives on various social media channels and on the "Keeping Up with the Kardashians" television show.

Meanwhile, Mercer had issued her own statement Friday to thank the public for its support, saying they're family was focused on Odom's "complete healing."

"No words can express the overwhelming gratitude we feel for the outpouring of support from around the world," the statement issued Friday said.

Alston said Mercer is the sister of Odom's late mother who helped raise him in New York, where she still lives. Mercer and other family members are now in Las Vegas.

The statement said: "His complete healing is paramount and our primary focus."