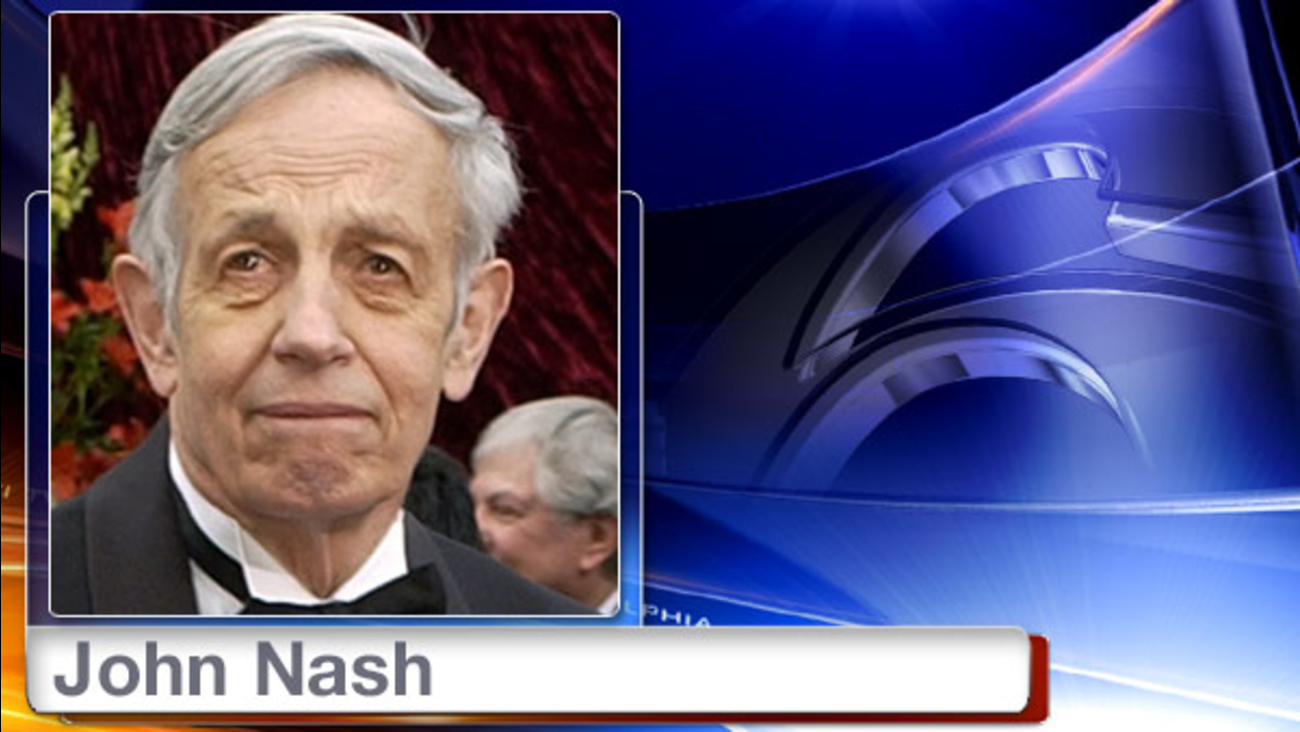 PRINCETON, N.J. -- Five months after his remarkable life ended in a crash on a New Jersey highway, Princeton University is paying tribute to John Nash, the Nobel Prize-winning mathematician remembered by colleagues for his brilliance and by millions for the Hollywood movie about him.

The Ivy League school will hold a day of academic panels and remembrance events on Saturday to honor John Nash, whose struggle with schizophrenia was chronicled in 2001's "A Beautiful Mind." Nash and his wife, Alicia, were killed in a taxi crash on the New Jersey Turnpike in late May.

The couple were returning home from Oslo, Norway, where John Nash had received the 2015 Abel Prize from the Norwegian Academy of Science and Letters, one of the most prestigious honors in mathematics. The prize recognized his seminal work in partial differential equations, which are used to describe the basic laws of scientific phenomena.

"In terms of brilliance, he was no regular guy. His impact with just a few papers is something special," said Peter Sarnak, the Eugene Higgins Professor of Mathematics at Princeton. "That he died on his way back from a ceremony where he received one of the biggest prizes in mathematics, that was tragic. But it was good to see mathematicians recognize him, because my feeling is he wasn't appreciated the way he should have been. For his fellow mathematicians, the Abel Prize was a long-overdue acknowledgment of his contributions to mathematics."

Among the day's feature events is a public lecture by Sylvia Nasar, who wrote the biography on which the movie starring Russell Crowe as Nash was based. Nash's relatives and colleagues will also gather at the University Chapel for a public event to honor Nash's life and his long connection to the school.

Nash had a long connection with the university, receiving his doctorate in mathematics from Princeton in 1950 after he got his graduate and bachelor's degrees from the Carnegie Institute of Technology (now Carnegie Mellon University) in 1948. The 1994 Nobel Prize winner in economics, Nash had held the position of senior research mathematician at Princeton since 1995 and was renowned for his work in game theory.

Sarnak described Nash as "a very nice guy who would come to lectures and seminars and ask interesting questions. He could also talk about anything at parties."

Joseph Kohn, a professor emeritus of mathematics at Princeton, said staffers there were very supportive of Nash.

Kohn said Nash "seemed to get a boost" from winning the Nobel Prize, adding it was inspiring to work with him because of his many accomplishments in mathematics. But Kohn said Nash's impact was not just limited to his field, noting that his work in analyzing financial markets continues to benefit society.

He also believes Nash's legacy and the appreciation for his work will grow in coming years as people become more aware of the "fantastic work" he was doing and start to understand the ideas behind them.

"People owe him a tremendous amount, whether they know it or not," Kohn said.