Robin Williams' widow: I forgive him for taking his life 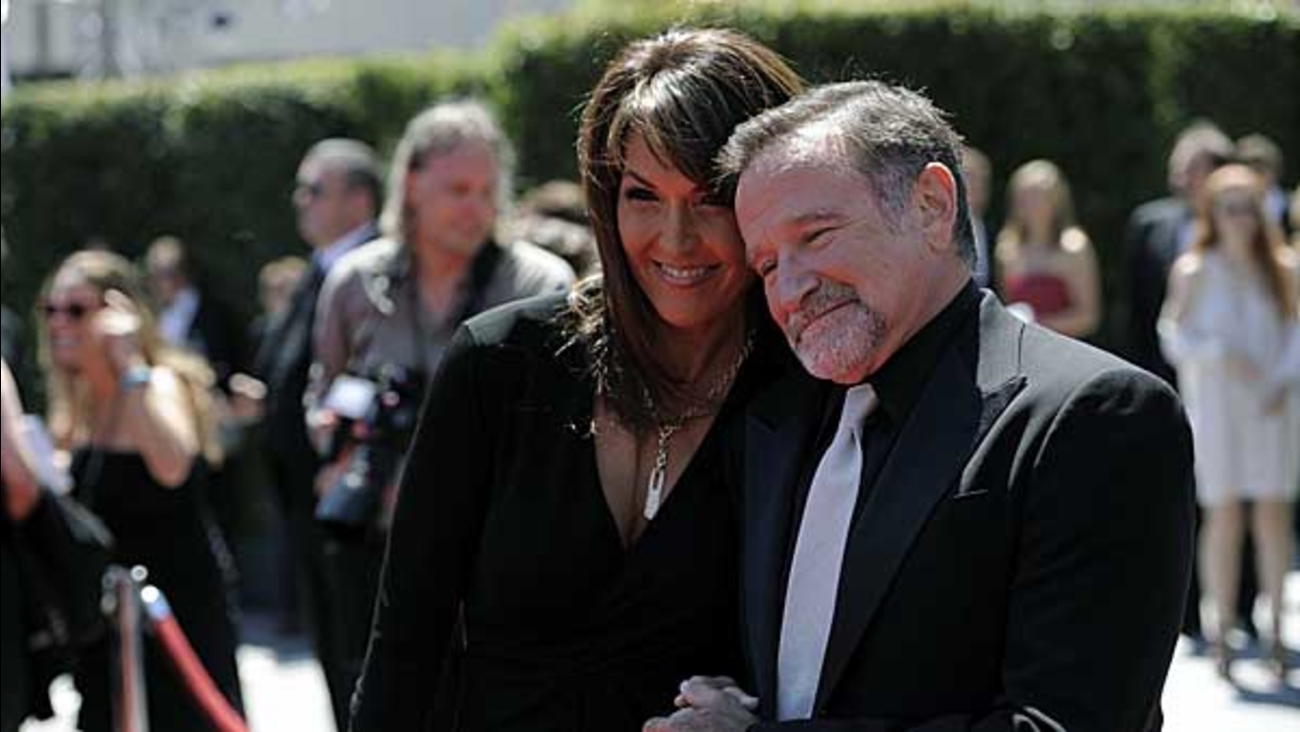 NEW YORK -- Robin Williams' widow says his medical afflictions would have claimed his life within three years - "hard years" - and that she doesn't blame him for his suicide.

Susan Williams said the actor-comedian had not only been diagnosed with Parkinson's disease, a progressive movement disorder, a few months before his death, but also that a coroner's report found signs of Lewy body dementia, a difficult-to-diagnose condition that leads to a decline in thinking and reasoning abilities.

That may have contributed to the anxiety and depression for which he was treated in his last months, and that likely played a role in his August 2014 suicide by hanging.

Though there were many reasons why he ended his life, she said, it may have all come down to one: "I think he was just saying, 'No.' And I don't blame him one bit."

She called him "the bravest man I've ever known."

By the following May, he was suffering from stiffness, slumping, a shuffling gait and "losing his ability in his voice," she said.

"It's one minute, totally lucid," she recalled. "And then, five minutes later, he would say something that wasn't - it didn't match."

In what would be the final week of his life, doctors were planning to check him into a facility for neurocognitive testing. But in those last weeks, he was "disintegrating before my eyes," she said. "We were living a nightmare."

Williams, who had battled substance addiction in the past, was clean and sober when he died, she said, having recently marked eight years of sobriety.

The couple had been together for seven years and had been wed for three years. She described her husband as "just a dream" and their relationship "the best love I ever dreamed of."