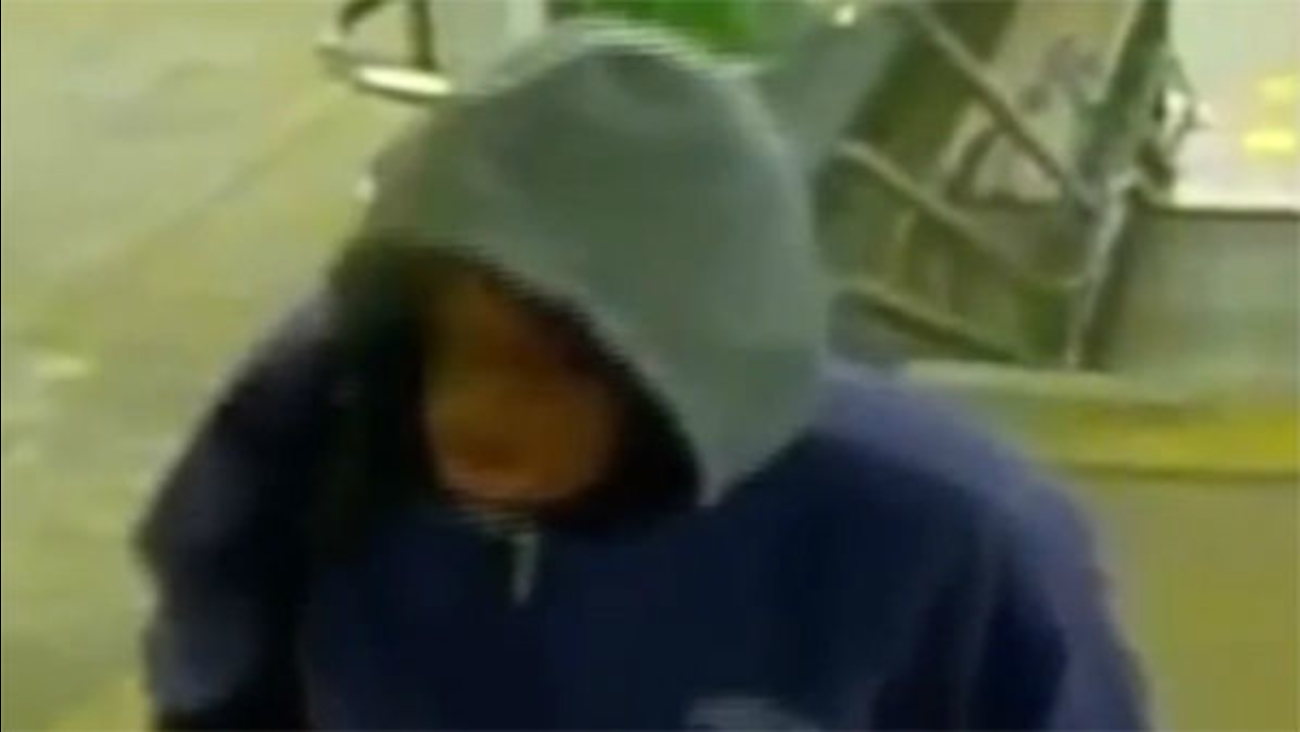 Pictured: Suspect in a fatal stabbing in Center City on September 24, 2015.

The stabbing happened at 6:42 a.m. on Thursday, September 24th at the SEPTA bus stop at the corner of Broad and Arch streets, which is also near the JFK Behavioral Health Center.

The scene was also near the Pennsylvania Convention Center, where thousands of people had gathered for the World Meeting of Families.

Police say the victim, 47-year-old William Vaughn, had accompanied his girlfriend to the bus stop when he got into an argument with someone else.


He was stabbed in the chest and later succumbed to his injuries.

The video released by police shows the man on the concourse before boarding the Broad Street subway at the Tasker/Morris station.

Video also shows him on the subway and when he exits at the Race/Vine station.

Investigators say the suspect may be a homeless man.

He is described as a black male, possibly in his 40s, approximately 5'7" to 5'10" tall. Police say he appeared to have a protruding lower lip.

The suspect was wearing a gray hooded sweatshirt, blue jacket and tan pants. He was carrying a royal blue back pack and yellow supermarket type plastic bag.

As with all homicides, the City of Philadelphia is offering a reward of $20,000 leading to the arrest and conviction of the man responsible.