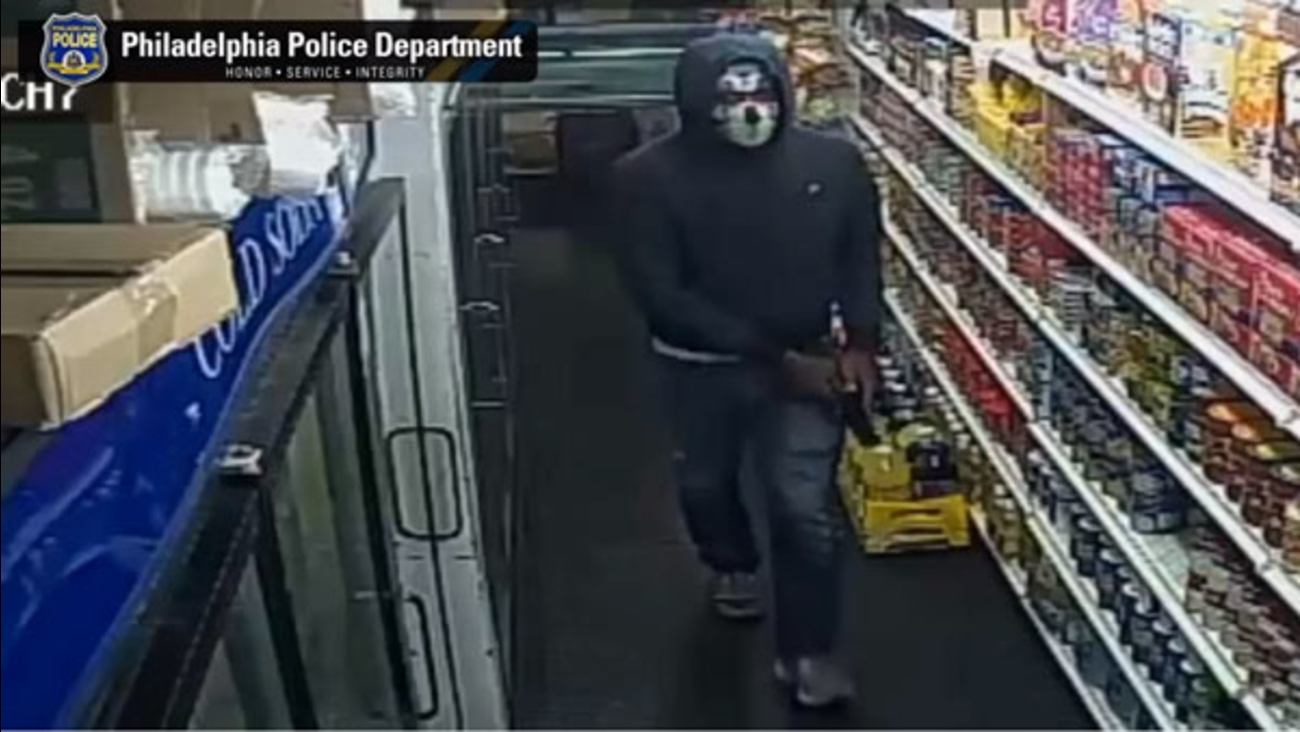 KINGSESSING -- Philadelphia police are searching for the suspects who robbed grocery store in Kingsessing.

The robbery took place at the Alta Gracia Grocery Store on the 1300 block of South 54th Street around 7:15 p.m. last Wednesday.

Police say a 40-year-old male employee was inside the store when two males entered armed with handguns.

Police say one of the suspects went behind the cash register demanding money and struck the employee on the top of his head with a handgun.

He then allegedly threatened the clerk with a machete that was kept behind the counter.

After taking an unknown amount of money, both suspects fled the area and were last seen west on the 5400 block of Belmar Street.

As a result of being struck with the handgun, the employee sustained a laceration to the top right side of his head and was transported to Presbyterian Hospital where he was treated for his injuries.

The first suspect is described as a black male, early 20s, 6'10, wearing a black and white skull mask, blue hooded sweatshirt, blue jeans, and armed with a handgun.

The second suspect is described a black male, early 20s, 5'9, with a tattoo on his hands, wearing a black and white skull mask, black hooded sweatshirt with small Nike logo on left side of chest, black pants, and black with white Chuck Taylor sneakers.