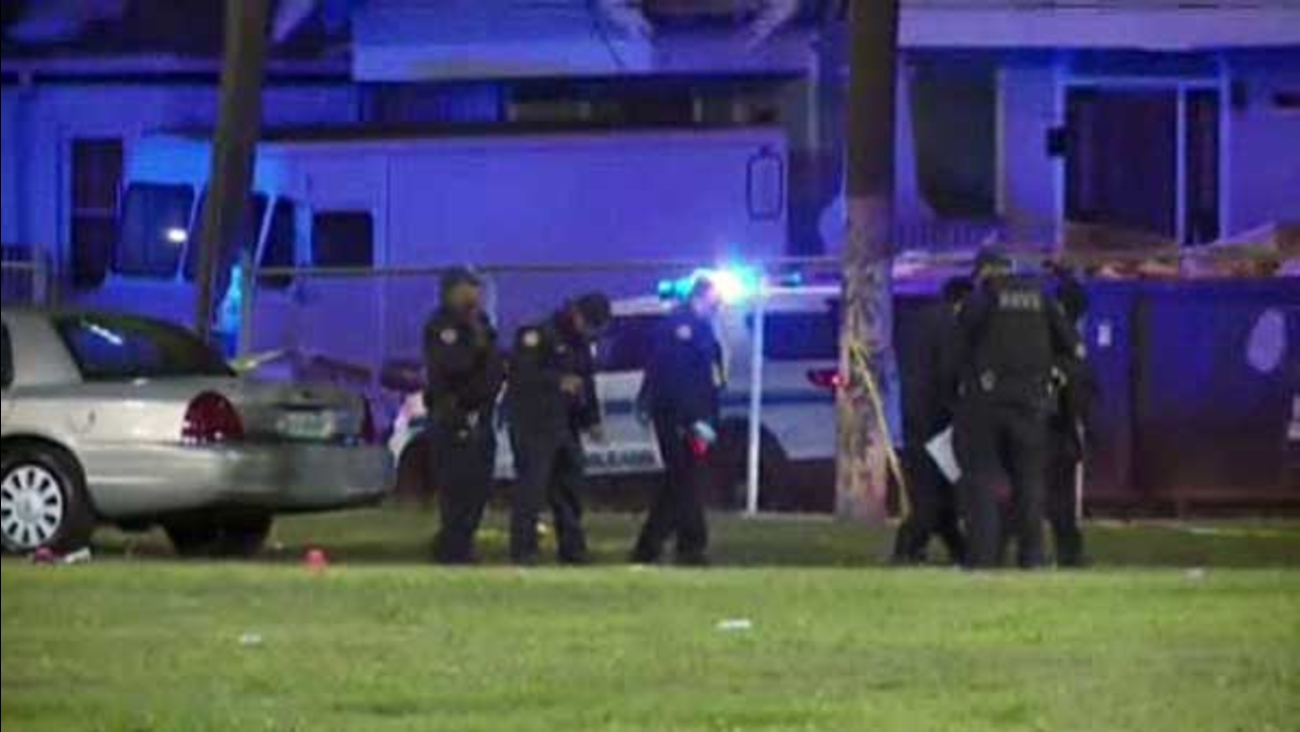 WPVI
NEW ORLEANS -- Police have been trying to figure out what sparked a gun battle in a crowded New Orleans park that left 16 people wounded and the mayor is calling on witnesses to come forward.

Hundreds of people were gathered at a playground for a block party and music video shoot when two groups in the crowd opened fire on each other Sunday evening, police said.

Police were on their way to break up a big crowd at Bunny Friend Playground when gunfire erupted at the park in the city's 9th Ward, the police said in a statement.

New Orleans Mayor Mitch Landrieu, speaking in a news conference aired on WWL-TV, called on people who were in the park to come forward with information. The police have also asked people who might have any video of the shooting to bring it to police.

"At the end of the day, it's really hard to police against a bunch of guys who decide to pull out guns and settle their disputes with 300 people in between them. That's just not something you can tolerate in the city," Landrieu said.

"It's going to require the people who were in this park to basically say they've had enough and they're not going to put themselves in harm's way and give us information so that the police can do their job," he said.

Police said 10 people were taken to the hospital in ambulances while another six were taken in private vehicles. Photos of the scene showed emergency workers wheeling some of the wounded to ambulances on gurneys while other people who appeared to be in pain lay on the ground.

Joseph Jordan was inside a house across the street from the park with his friend, who gave her first name as Raven, when they heard gunshots. Later someone called Raven and told her her niece had been shot. The two rushed to the hospital to check on the 14-year-old, who had been shot three times in the leg.

Speaking of the hospital, Jordan said: "It's still crowded back there."

Outside University Medical Center, Kawandra Hayney said she had been driving about two or three blocks from the playground with her daughter when people ran by shooting. Her 14-year-old daughter was hit once in the knee and five times in her backside. Hayney pulled her daughter out of the truck and under it to hide, then into a nearby ditch.

"I saw the police coming, and I ran over to them," she said. She said she later counted seven bullet holes in her truck.

Investigators don't know what started the shooting, police spokesman Tyler Gamble said. He said all the victims were listed in stable condition. He said the victims suffered either direct gunshot wounds or were grazed by bullets.

Large stadium lights lit up the park Sunday as police continued to work the crime scene. Witnesses told police the gunmen ran off after the shooting was over.

As many as 500 people could have been in the park when the shooting happened, said police chief Michael Harrison. Police earlier said the people were there for an impromptu music video but Gamble later told reporters that while a video was being filmed, the event was primarily a block party. Gamble said that neither the block party nor the music video had a permit.

Harrison told WDSU-TV that the shooting might have been gang-related. Police had been helping with a parade that had been taking place about a block away from the park and were able to quickly get to the park, Harrison told the TV station.

Landrieu said in September that statistics show overall violent crime is down in New Orleans over the past 20 years. He conceded, however, that many in the city don't feel safe.

Political opponents have criticized Landrieu for allowing the police force to fall below 1,200 when officials say it should be around 1,600-strong. That's the result, he has said, of hard choices made after he inherited an $80 million budget deficit in 2010.