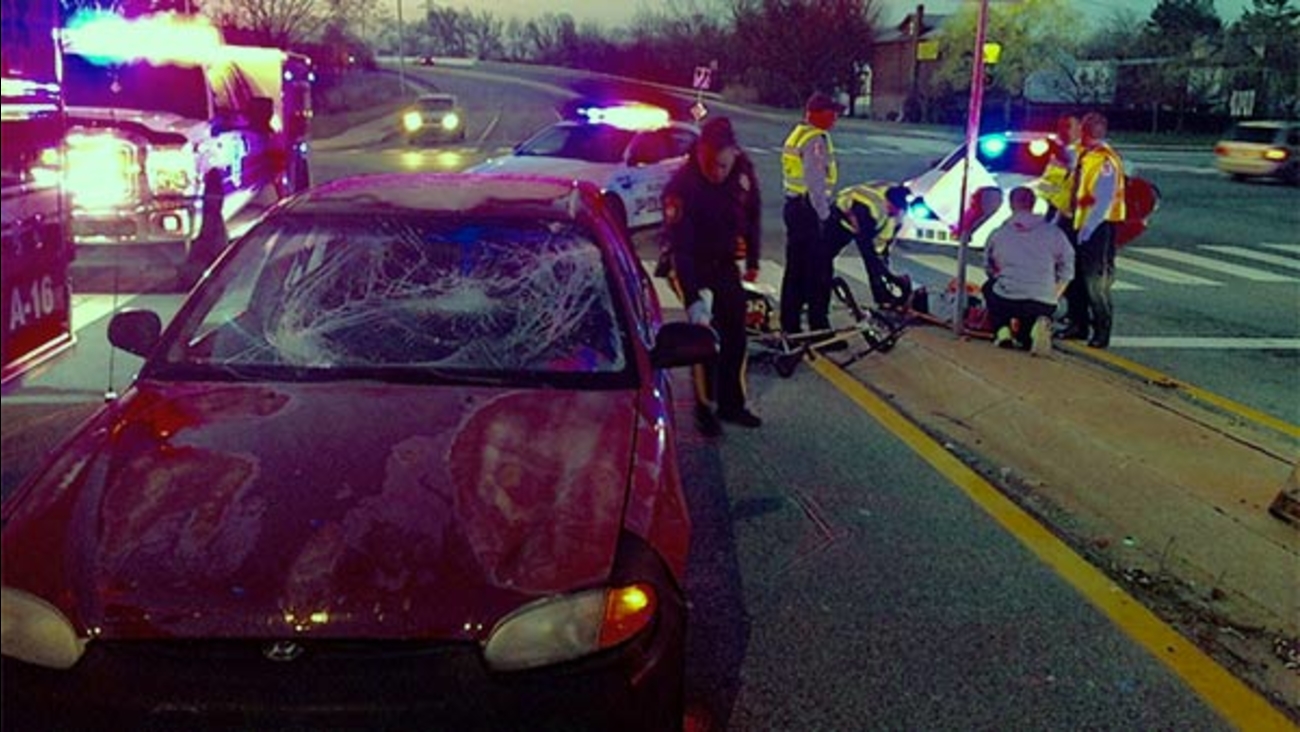 ELSMERE, Del. (WPVI) -- A bicyclist has been treated and released after being struck by a vehicle in Delaware.

It happened at 6:15 a.m. Wednesday on Kirkwood Highway near DuPont Road in Elsmere.

Police tell Action News a 23-year-old man sustained what appeared to be serious injuries after being hit.

He was taken to an area hospital for treatment and released Wednesday afternoon.

The driver of the striking vehicle stopped after the collision.

No charges will be filed.