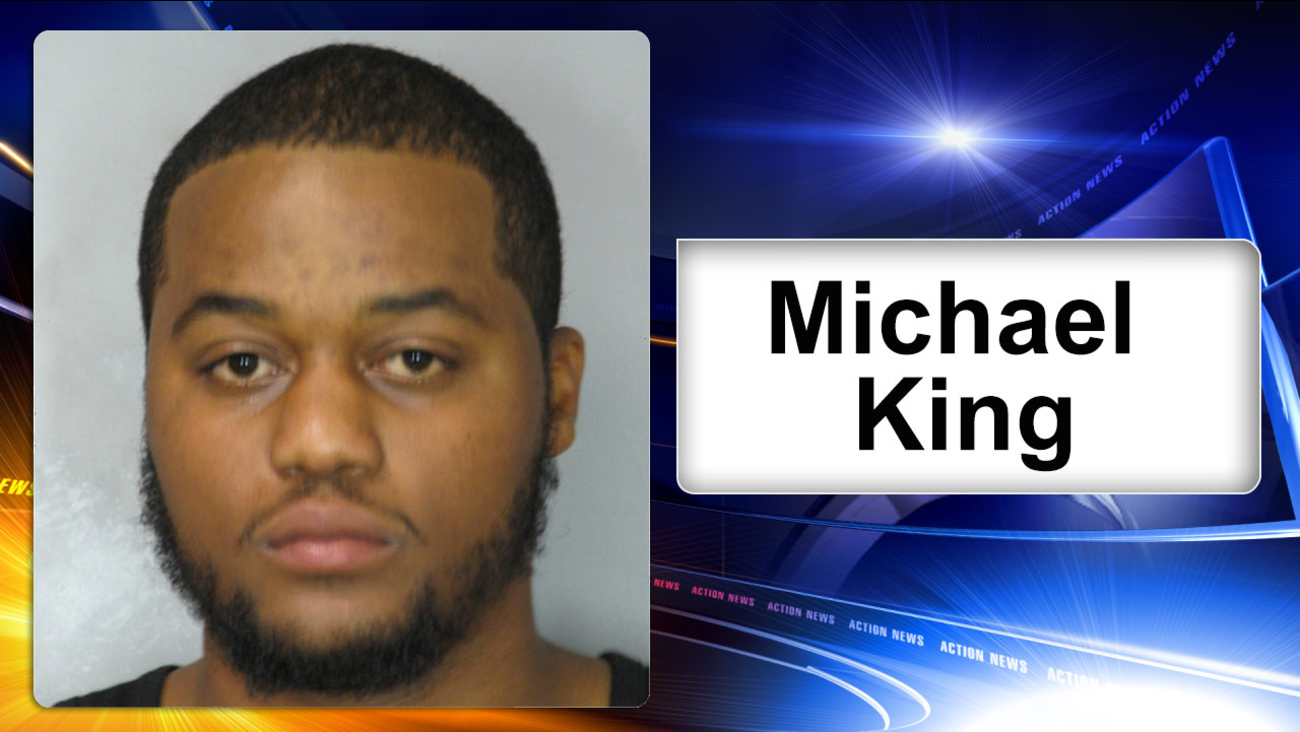 WPVI
BEAR, Del. (WPVI) -- A Newark, Delaware man is behind bars after a confrontation with state troopers at a restaurant in Bear.

32-year-old Michael D. King is facing multiple charges, including possession of a firearm by a person prohibited and carrying a concealed weapon.

The incident happened around 8 p.m. Friday at a restaurant in the 1100 block of Pulaski Highway.

State police responded to a report of two people who arguing with each other and refusing to leave the restaurant.

Troopers arrived and confronted King, who they say appeared to be intoxicated and tried twice to flee.

When he tried to run a third time, police say, troopers grabbed the back of his shirt and spotted a black .38-caliber handgun tucked into his waistband.

A brief struggle ensued. King was tasered and then taken into custody.

He is being held at the Howard R. Young Correctional Institution in lieu of $16,500 cash bail.

No other arrests were made.