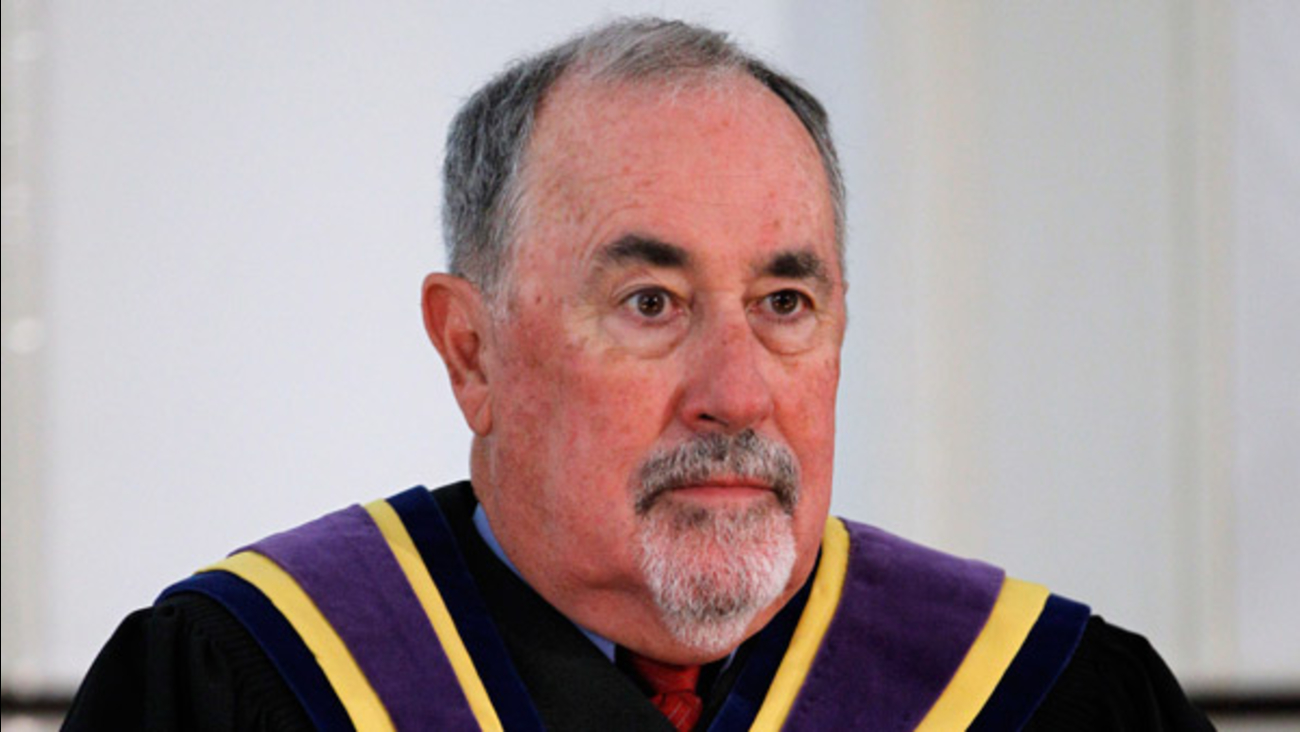 HARRISBURG, Pa. -- A Pennsylvania Supreme Court justice was charged Tuesday with ethics violations that could lead to his removal after the state attorney general exposed lewd and offensive emails he swapped with friends and a state prosecutor through a private email account.

The state Judicial Conduct Board filed a 52-page complaint with the Court of Judicial Discipline that accused Justice Michael Eakin of violating both judicial and constitutional codes of conduct.

The board said his actions gave the appearance of impropriety, that he didn't respect the court's nondiscrimination policy, that he detracted from the dignity of his office and that he sent emails that a person of reasonable sensitivity would find objectionable.

The board claims Eakin engaged in extreme conduct that brought his judicial office into disrepute through email content that included photos of nude women, sexually suggestive themes, gender and socioeconomics stereotypes, anti-gay content and violence toward women.

Eakin released a statement saying that having the Court of Judicial Discipline take up the matter "brings the opportunity for transparency of process, based on the actual facts and not speculation and mischaracterization. As such, I welcome it. I have cooperated with candor and openness, and will continue to do so."

Eakin's role in the email scandal became public a year ago, with reports that he received two emails in a private email account with pictures of topless or completely nude women, plus one allegedly racist email in 2010.

The board investigated him and another justice caught up in the scandal, Seamus McCaffery, who subsequently resigned mid-term. Eakin was cleared, but Attorney General Kathleen Kane two months ago disclosed more than 1,000 of his emails to the board, triggering the investigation that resulted in the charges filed Tuesday.

Eakin sent some emails, one with a teacher asking elementary students for two examples of an abstract noun, something they can think of but not touch. A boy answered: her breasts.

The justice participated in an email exchange that apparently involved a golf outing, beer and "hot chicks." He received a short video clip, shot from behind, of a man having sex with an obese woman while the music from "Mission Impossible" played. There were also fake motivational posters, including one that said "you failed the gay test" if you noticed a sponsor's logo in the background behind four scantily clad women on a beach volleyball court.

Kane argued the emails could violate court rules that require judges to act in a way that promotes public confidence in the judiciary and that prohibit them from acting in ways that would appear to undermine their independence, integrity and impartiality. Eakin's private emails were discovered on the servers of the attorney general's office because at least one of the office's employees was on the exchanges.

This weekend, after The Philadelphia Inquirer reported details about more emails linked to Eakin, Gov. Tom Wolf said Eakin should resign because of his conduct and "the real concern that he could not be impartial in presiding over cases involving the groups of people he disparaged in his emails."

A law firm hired by the state Supreme Court to look into Eakin's emails reported in early November that he sent 157 emails described as "insensitive, chauvinistic and offensive to women," but none that were seen as racist or anti-gay, and no pornography. The law firm said, however, he was recipient of emails demeaning of African-Americans, Latinos, Muslims and gays.

Eakin sent several emails with banter about trips to strip clubs while on golf outings, and he and a lawyer engaged in "inappropriate sexual innuendo" about women they know, the law firm said.

He used a pseudonym, John Smith, to send and receive objectionable emails from the Yahoo.com account.

Eakin, 67, a Republican and former Cumberland County district attorney, has been a member of the high court since 2002.

Kane exposed Eakin's emails along with a wider exchange of explicit and pornographic emails by state prosecutors and other members of law enforcement, prompting a wave of firings or disciplinary measures.

Kane's office discovered those emails during an internal review of how the office under her predecessors handled the case of Jerry Sandusky, the former Penn State assistant football coach now serving a lengthy prison sentence after being convicted in 2012 of 45 counts of child sexual abuse.