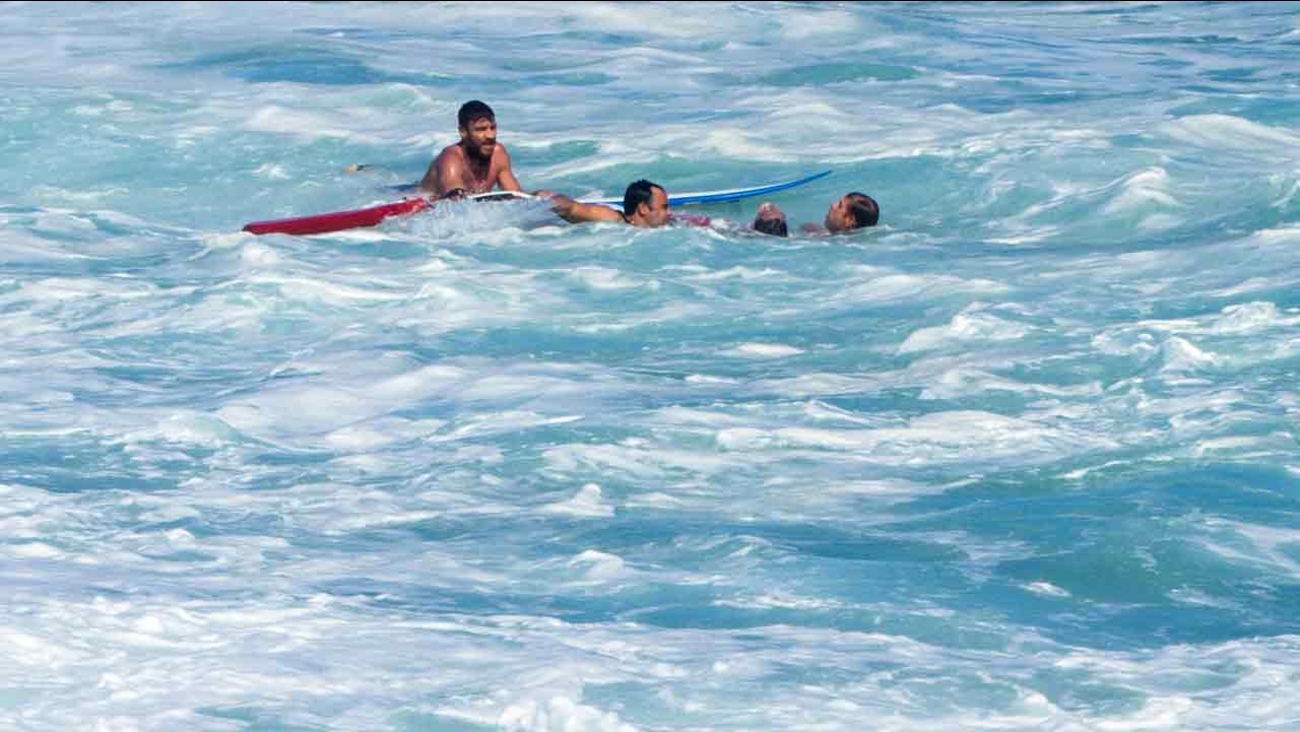 HONOLULU -- A bodyboarder said Tuesday he thought a professional surfer he pulled from the water at Hawaii's Pipeline surf spot was dead.

South African bodyboarder Andre Botha told The Associated Press that pro surfer Evan Geiselman's eyes were rolled back in his head, his face was dark blue and his body was limp when he finally reached the 22-year-old Florida surfer, who fell while riding a big wave on Sunday.

"I just remember his eyes sort of like rolling down from being back, and just sort of... just this blank look in his eyes, almost like he was looking through me," Botha said. "I thought this guy was dead."

Botha said it took him some time to paddle to the surfer, who was still pinned underwater by subsequent waves when he arrived.

"I went down and ... managed to get him up. I think at that point I got hit by a wave and he actually got knocked out of my arms," Bocha said. "I had to find him again."

Photographer Matt Castiglione, who was filming Botha, captured video of the rescue. The footage shows Botha pounding the surfer's chest and giving him rescue breaths as waves continued to crash over the two. Botha said he lost his grip on Geiselman several times before help arrived.

"The waves were still hitting ... I ended up losing him again," Botha said. "I knew I had done what I could at that point."

Other surfers and lifeguards then arrived to help the men, bringing the unconscious surfer back to shore.

Castiglione said lifeguards brought the surfer to shore and put him on a bench, where Geiselman spit up "buckets and buckets" of water.

"It was really scary when they finally brought him in," Castiglione said. "Evan was still very blue, unconscious and foaming at the mouth."

The large swell that passed through the region over the weekend prompted the National Weather Service to issue high surf warnings for the region, saying waves from 30-40 feet were expected.

Tom Birchard, National Weather Service senior forecaster in Honolulu, said that some waves in the state reached heights over 40 feet high. Castiglione estimated the wave that trapped Geiselman underwater was about 20 feet high.

Honolulu Department of Emergency Services spokeswoman Shayne Enright said the surfer was transported to a nearby hospital in critical condition. Enright also praised the other surfers in the water, saying their efforts helped save the man's life. The Queen's Medical Center in Honolulu said Tuesday Geiselman had been released from their care.

Another swell is moving through the region Tuesday and Wednesday with surf heights forecast to be around 20-30 feet.