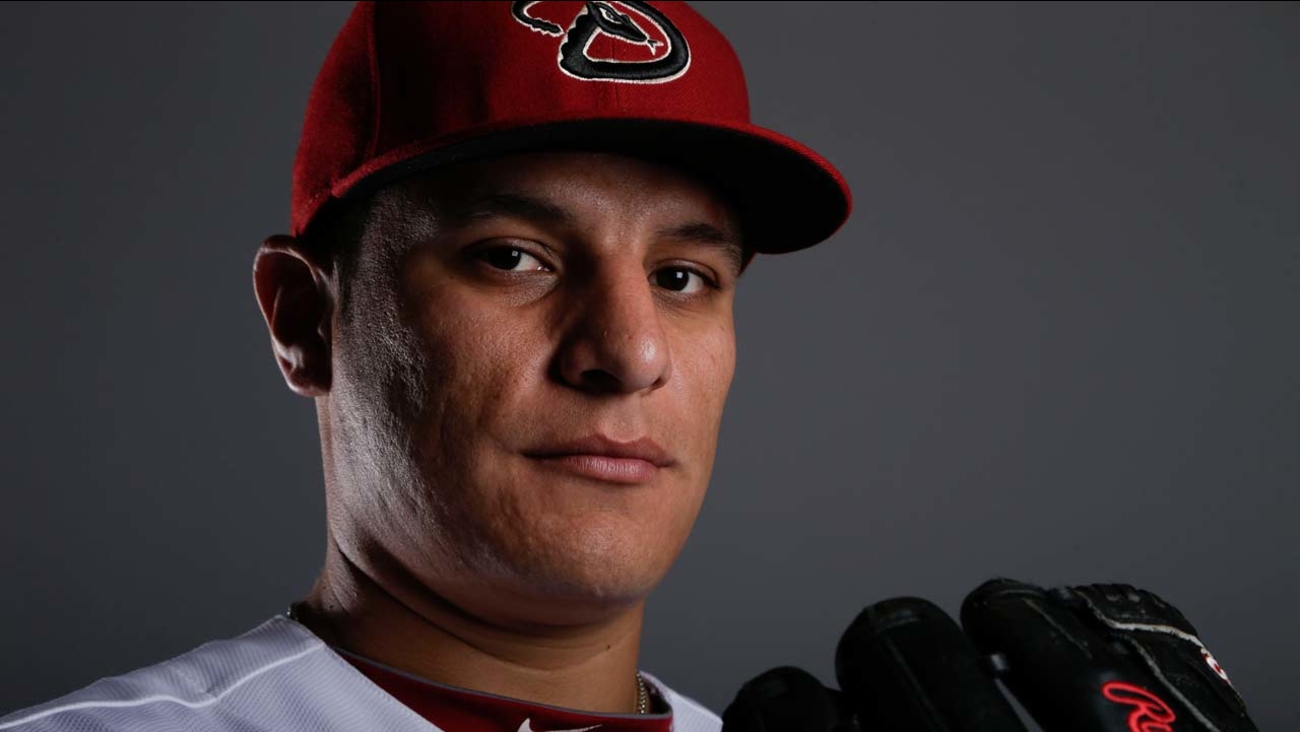 This is a 2014 photo of David Hernandez of the Arizona Diamondbacks baseball team. (AP Photo/ Gregory Bull)

The right-handed Hernandez went 1-5 with a 4.28 ERA in 40 appearances for the Arizona Diamondbacks last year.

The 30-year-old spent the entire 2014 season and the first two months of the 2015 season on the disabled list following Tommy John surgery on his right elbow.

Prior to joining the Diamondbacks in 2011, Hernandez played for the Baltimore Orioles.

The Sacramento, Calif., native was originally selected by the Orioles in the 16th round of the 2005 draft out of Cosumnes River College (CA).