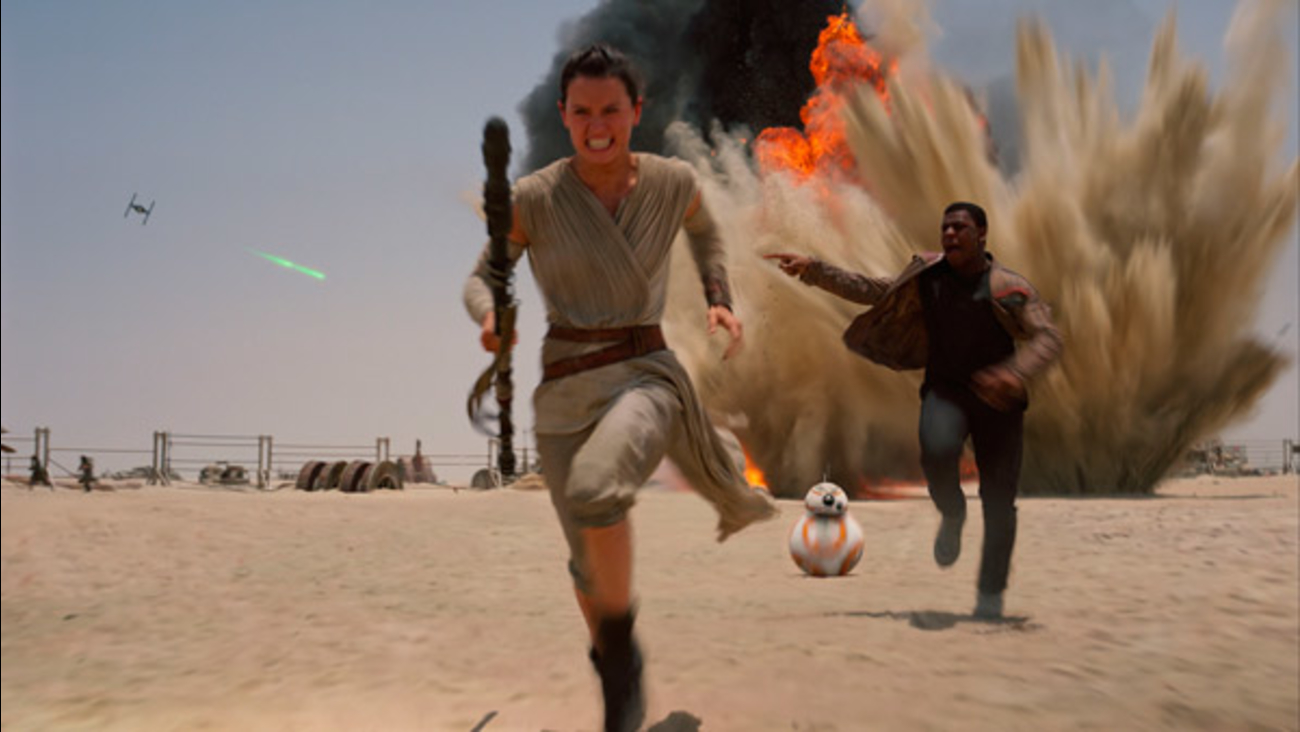 This photo provided by Disney shows Daisey Ridley as Rey, left, and John Boyega as Finn, in a scene from the new film, "Star Wars: The Force Awakens." (Film Frame/Disney/Copyright Lucasfilm 2015 via AP) 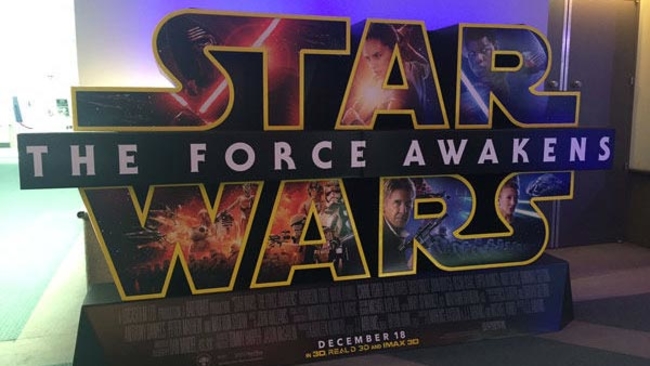