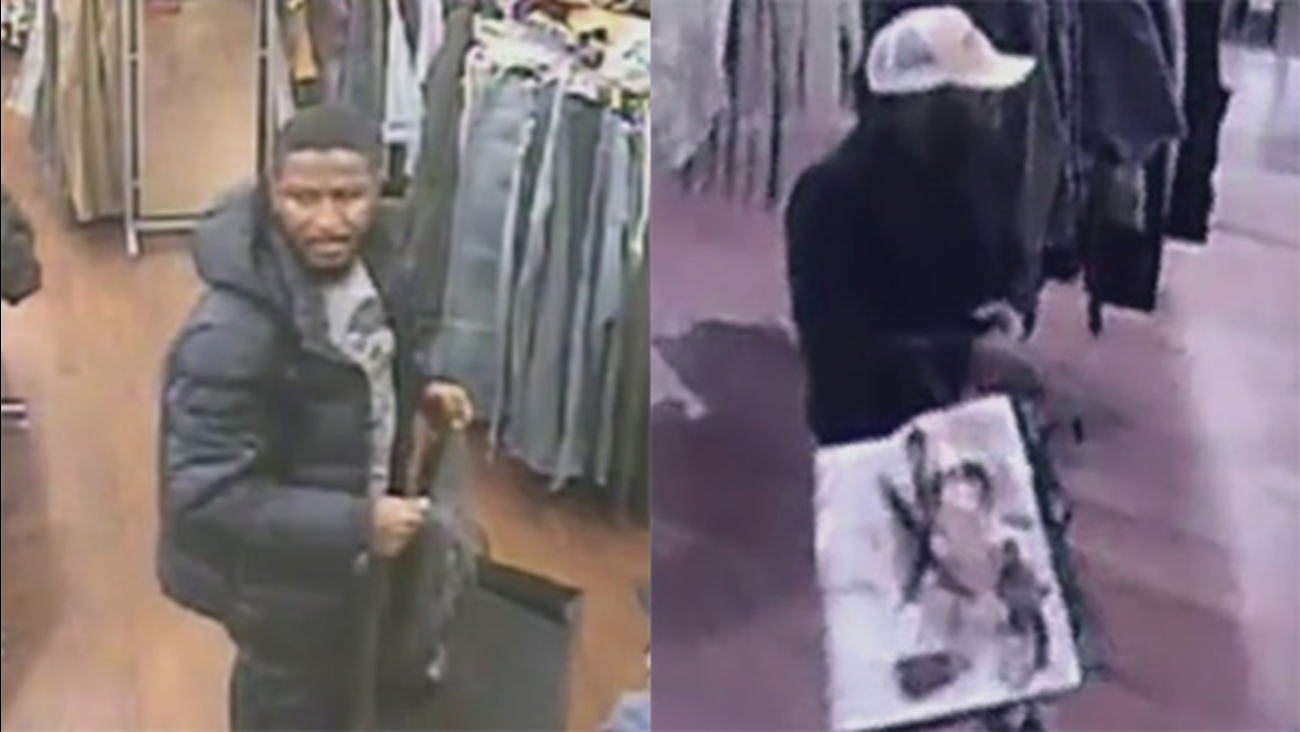 On December 12 at 4:40 p.m. police say a man entered the Barney's New York located on the 1800 block of Walnut Street and selected several high-end purses from the shelves.

Police say the suspect then sprayed mace at the store's security guard and manager.

He then fled the store with approximately $10,000 in merchandise.

Security cameras captured images of the offender shoplifting on the second floor of the store.

Police release surveillance of a robbery of a GAP Outlet.

While inside the store, police say the suspects attempted to place several items of clothing inside their bags while tearing off the security tags.

When confronted by store security, one of the suspect threatened to stab the employee then fled the store in an unknown direction.