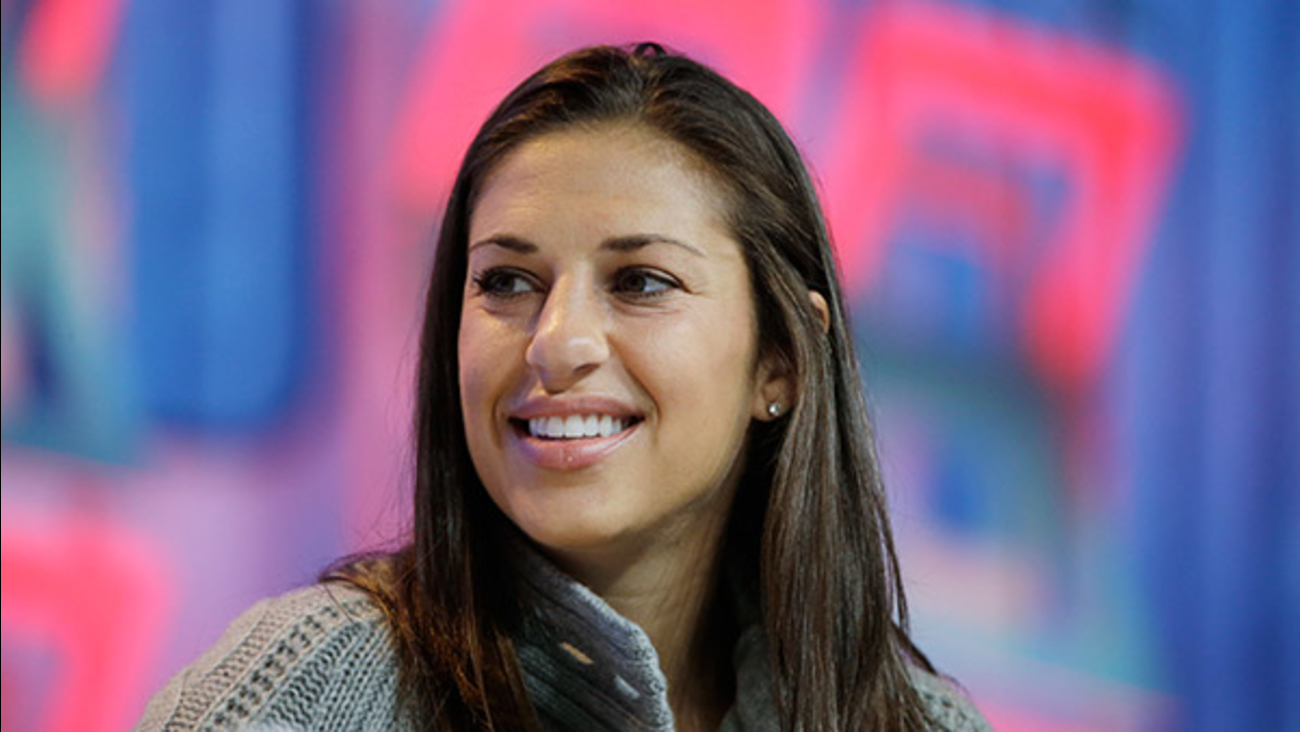 ATLANTIC CITY, N.J. -- From a women's soccer world champion to a U.S. senator, a rock star and a spiritual leader, some prominent New Jersey residents are busy making New Year's resolutions along with the rest of us. Here's a look at they told The Associated Press they are pledging to do - or not do - in 2016:

The Delran native led the U.S. women's soccer team to the World Cup championship this year, scoring three goals in the final. Her resolution is to "be better than I was the previous year as a person and a player. I am always looking for ways to improve in every area of life." Lloyd knows all about goals, and hers is to win the gold medal with her team in the 2016 Summer Olympics.

The former Newark mayor and current U.S. senator from New Jersey vows to exercise more and eat better in 2016.

"By leading a heathier lifestyle that includes more exercise and a balanced diet, I am hoping to encourage others that they can do the same in 2016," he said. "African-American men and women are more likely to face chronic illness like heart disease and diabetes than other communities, and we need to work to reduce these disparities."

Pope Francis has declared a Jubilee Year Of Mercy for the Catholic Church, to be celebrated as a special time of joy and pardon. Myers, the archbishop of Newark, is taking his lead from that.

"In this Jubilee Year of Mercy, Pope Francis is calling on all people of faith and good will to reach out and be present to those in need - both physical and spiritual - a mission to which Jesus has called each of us," Myers said. "That is again my resolution for this coming year."

The new year will find Criss, a co-founder of the rock group Kiss and a Wall Township resident, looking to finish some unfinished musical projects. The drummer and singer known for his Catman persona and chart-topping single "Beth" also vows to go to art classes in 2016 to improve his painting and drawing abilities.

"And of course bring more awareness that men get breast cancer," said Criss, who survived the disease and has become a vocal advocate for having men check themselves for it.

BEVERLY LEE OF THE SHIRELLES

Lee is part of The Shirelles, the girl group from Passaic who became famous for '50s and '60s hits including "Will You Love Me Tomorrow," "Soldier Boy" and "Dedicated To The One I Love." Lee, who still resides in Passaic, is a member of the Rock and Roll and New Jersey halls of fame. She has a simple plan: "My resolution is to give God more glory in 2016."

The defensive tackle for Big Blue is a big man. Jenkins, who tips the scales at 305 pounds, would like fans to see less of him next year.

"I'd like to lose a couple of pounds," he said.

Zipf founded the coastal environmental group Clean Ocean Action at the Jersey shore over 25 years ago to combat pollution afflicting the state's beaches and to educate people on how they can help protect the marine environment. This year she helped lead the successful fight against a proposed liquefied natural gas a terminal off the New Jersey and New York coasts, and she fought unsuccessfully to block seismic testing of the ocean floor off Long Beach Island that included blasting it with air guns.

Her resolution is to "dive into 2016 with gusto and never let my guard down."

Guardian has been dealing with one crisis after another since taking office in January 2014, including the closure of four of the city's 12 casinos and a continuing budget crisis. He vows to not lose sight of local concerns in 2016.

"My resolution is to visit at least 100 businesses to listen to them," he said. "I pride myself on doing meet and greets with residents, but that's been almost no businesses. I want to see and hear what issues they have."

Others who declined through representatives to reveal their resolutions - or whether they even made any - include Gov. Chris Christie, Jersey rockers Bruce Springsteen and Jon Bon Jovi, and Paterson rapper Fetty Wap.