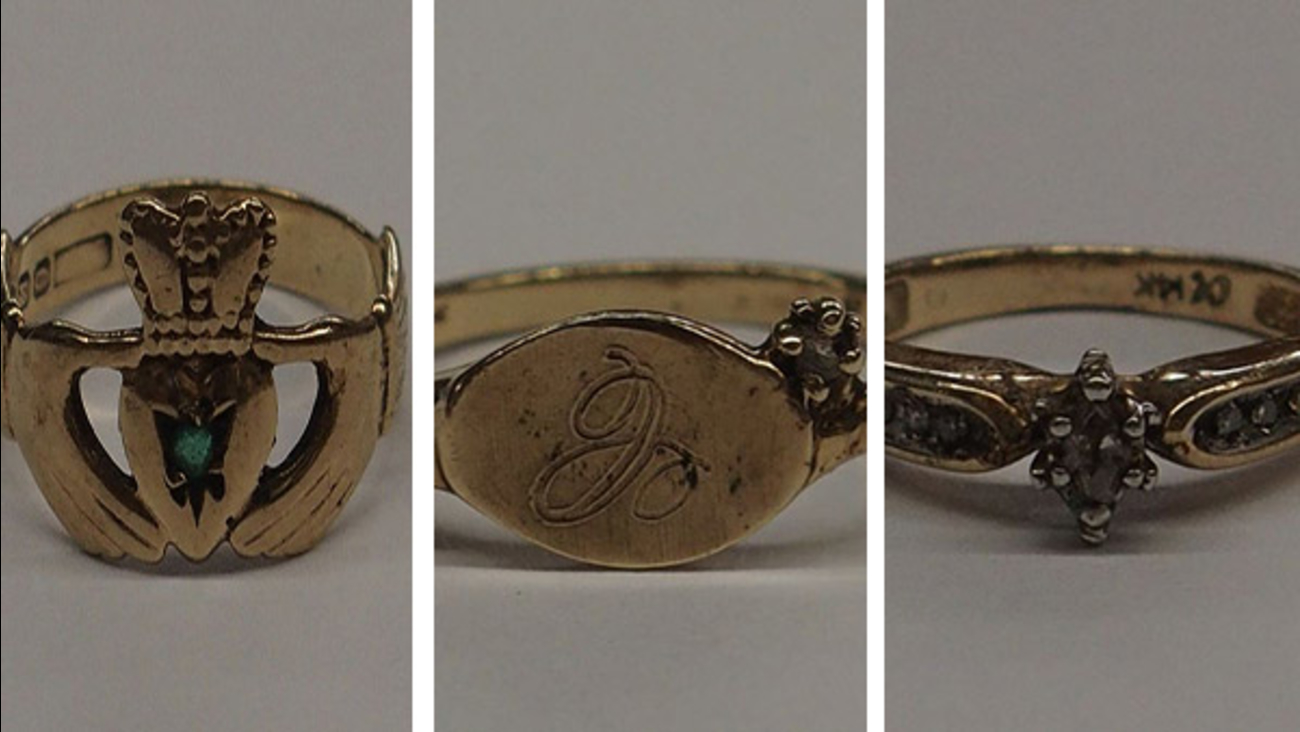 The remains are described as that of a white female in her late teens to late 20s with a tall, slender build.

She also had prominent teeth and jaw with either light brown or blond hair. Officials say she wore a size 9 shoe.

The victim had three unique rings recovered from inside her clothing. One ring is a Claddagh design. The second ring has an engraving on it. The third ring has a green stone.

Anyone with information or can identify the jewelry is asked to call state police at 484-840-1000.