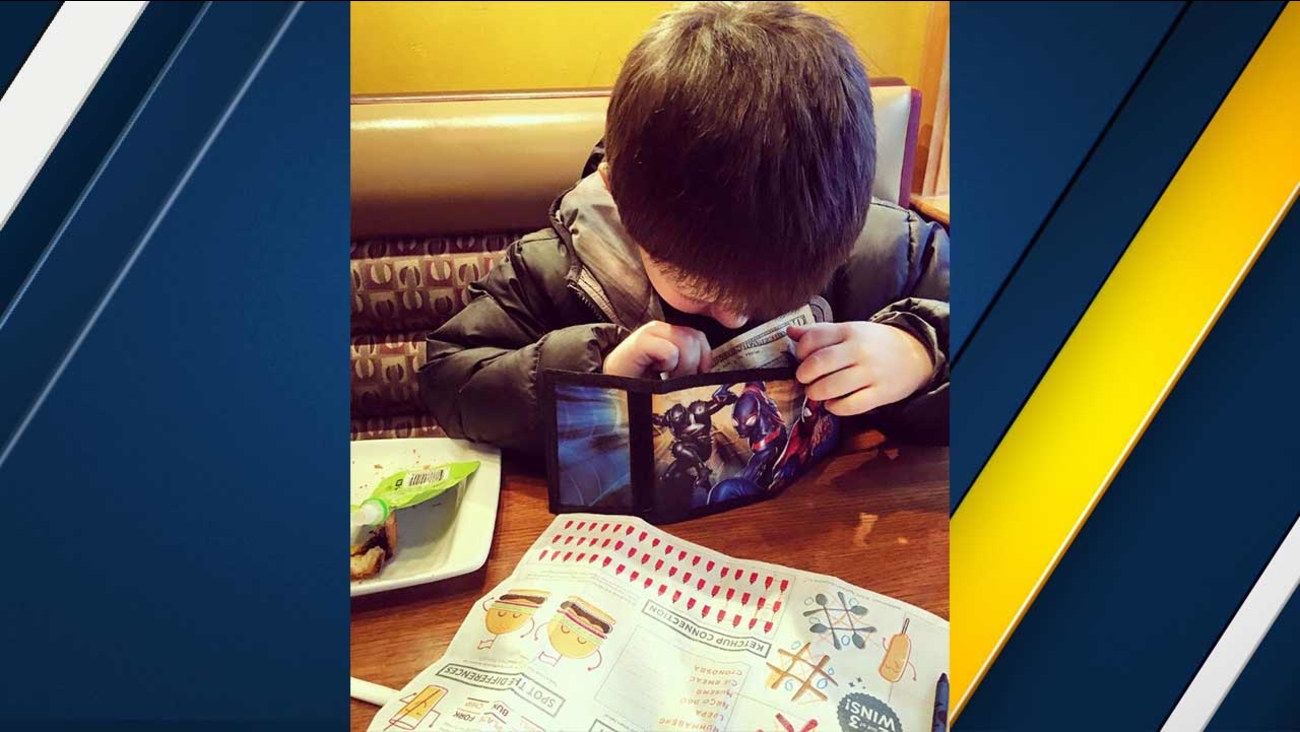 Lyle Drummonds, 6, treats his mother, reality TV star Nikkole Paulun, to a dinner date once a month with money he earns from his allowance. (Nikkole Paulun/Facebook)

He's only 6 years old, but Lyle Drummonds is already quite the gentleman thanks to his mother, "16 and Pregnant" star Nikkole Paulun.

She says she and Lyle go out on mother-son dinner dates once a month.

In a Facebook post that's going viral, Paulun says, "He opens doors for me, pulls out my chair, talks about his day & asks me how mine was...and even tips the waiter/waitress [sic.]"

She says they have a no-electronics policy at the table during their dinner dates. Smartphones and iPads are put away, so they can talk about their day and just enjoy each other's company.

The only smartphone exception was to take the photo above, which shows Lyle pulling out his wallet to pay for the date with his allowance money.

"I'm teaching him proper table manners and that it's rude to sit on your phone on a date with your mom or with anyone else," Paulun wrote.

She says she started having the dinner dates with her son to teach him the importance of treating woman with respect at an early age. The two have been going on dinner dates for about four months, and she believes her lessons of respect and good manners are "working well."

"Too many men these days have no idea how to treat women or how to take them on a nice date," Paulun wrote. "It's nice to know my son won't be one of them."