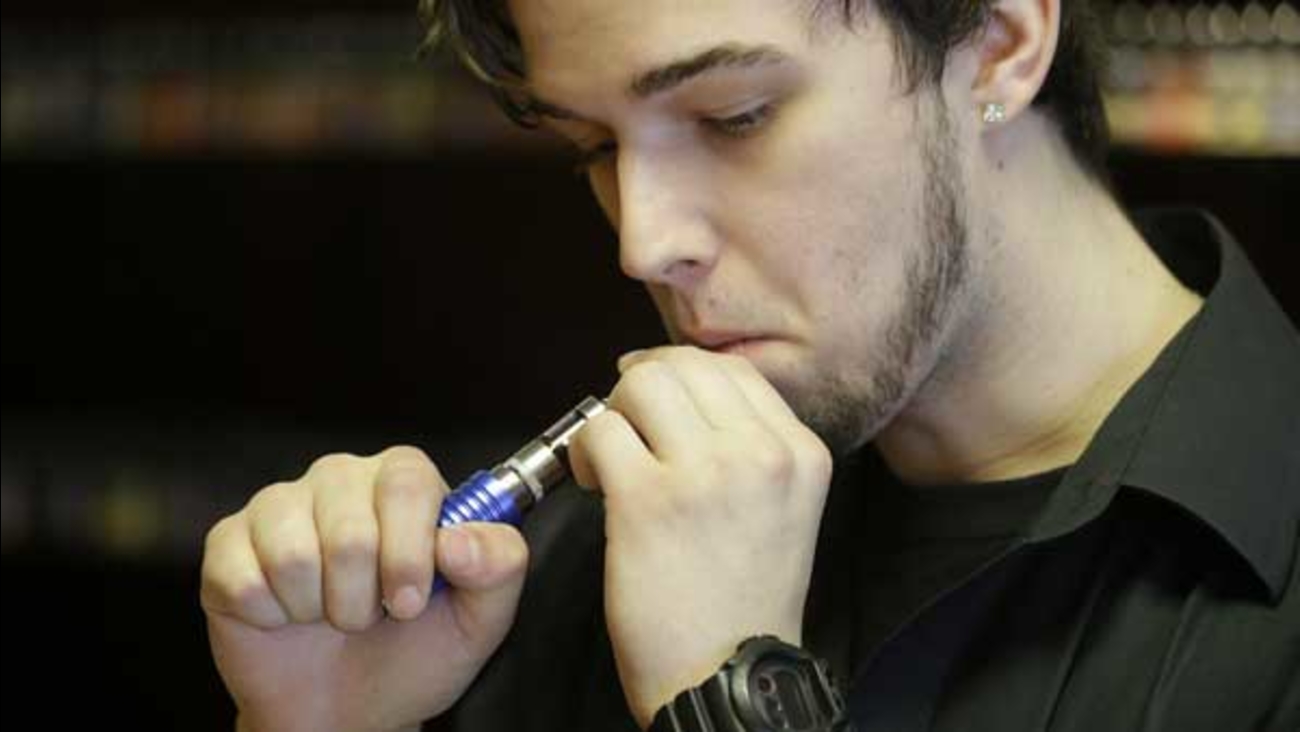 In this April 15, 2014 photo, Matt Alfonso, with Avail Vapor, tests out one of the electronic cigarettes in the shop in Richmond, Va. . (AP Photo/Steve Helber)

WASHINGTON, D.C -- The nation's lead public health agency is focusing its attack on electronic cigarettes on the issue of advertising, saying too many kids see the ads.

CDC officials worry such ads will lead more kids to try them and, perhaps, regular cigarettes.

The report says the e-cigarette ads use many of the same themes used to sell tobacco cigarettes and other tobacco products.

CDC Director Dr. Tom Frieden says, "The same advertising tactics the tobacco industry used years ago to get kids addicted to nicotine are now being used to entire a new generation of young people to use e-cigarettes."

There are bans on TV commercials and some other types of marketing for regular cigarettes but there are no restrictions on advertisements for e-cigarettes. Most states, though, ban the sale of e-cigarettes to minors.

The report doesn't prove advertising is actually causing more kids to pick up e-cigarettes and a trade group said the survey is flawed.