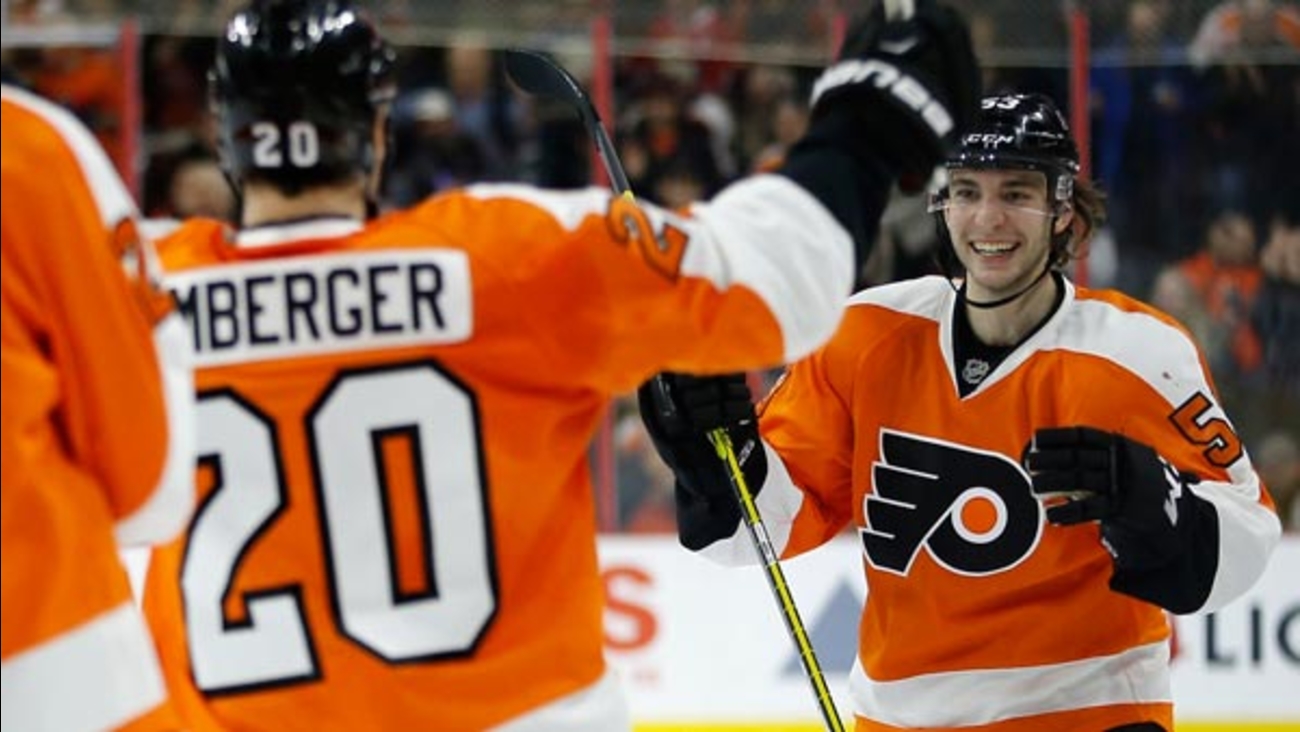 PHILADELPHIA -- Brayden Schenn had a goal and two assists to help the Philadelphia Flyers snapped a three-game losing streak with a 4-3 victory over the Montreal Canadiens on Tuesday night.

Brendan Gallagher, Daniel Carr and Alex Galchenyuk netted goals for the Canadiens, who capped an eight-game road stretch 2-6. The Canadiens will return home on Wednesday night New Jersey for their first game at the Bell Centre since Dec. 17.

Gostisbehere and Couturier also had assists for Philadelphia, which had won eight of 12 games before dropping all three on a California road trip that followed a five-day Christmas break.

Gallagher scored in his second straight game after missing more than a month due to two broken fingers on his left hand. He had a goal and an assist in Montreal's 5-1 win over Boston on Friday in the Winter Classic in his first game back.

Ben Scrivens made 27 saves in his second start for the Canadiens after being acquired from Edmonton on Dec. 28. Montreal remains without reigning Hart and Vezina Trophy winner Carey Price (lower body), who last played Nov. 25. Price is expected to return later this month.

Couturier's seventh tally of the season 5:41 into the third period gave the Flyers a 4-2 lead. Nick Schultz's initial shot from the slot went wide of the net, but bounced off the boards behind the net and right in front to a waiting Couturier.

Carr scored on a wraparound with 56.2 seconds left and Scrivens on the bench to bring Montreal within a goal. The officials on the ice didn't signal a goal, but it was awarded after a video review.

Philadelphia outscored Montreal 2-1 in the second period to take a one-goal lead into the third period.

Gostisbehere ripped a slap shot past Scrivens' blocker side 3:20 into the period to give Philadelphia a 2-1 lead. And the rookie defenseman assisted Simmonds' power-play goal just under five minutes later that gave the Flyers a two-goal advantage. Gostisbehere fired the puck from the blue line and Simmonds knocked it past Scrivens for his 10th goal of the season.

Gallagher pulled Montreal within one goal with a deflection of his own after a shot from Alexei Emelin with 2:57 remaining in the period.

Schenn put the Flyers in front 1-0 by beating Scrivens through the five-hole on a breakaway just over five minutes into the contest.

Galchenyuk tied it at 1 with 5:46 left in the first period when he deflected Mark Barberio's shot from the point past Neuvirth.

NOTES: Flyers D Evgeny Medvedev was a healthy scratch. ... Montreal F Dale Weise (upper body) missed his first game of an expected 2-to-3-week absence after being injured on Friday. ... The teams will meet two more times this season. ... The Canadiens play nine of their next 14 games on home ice.