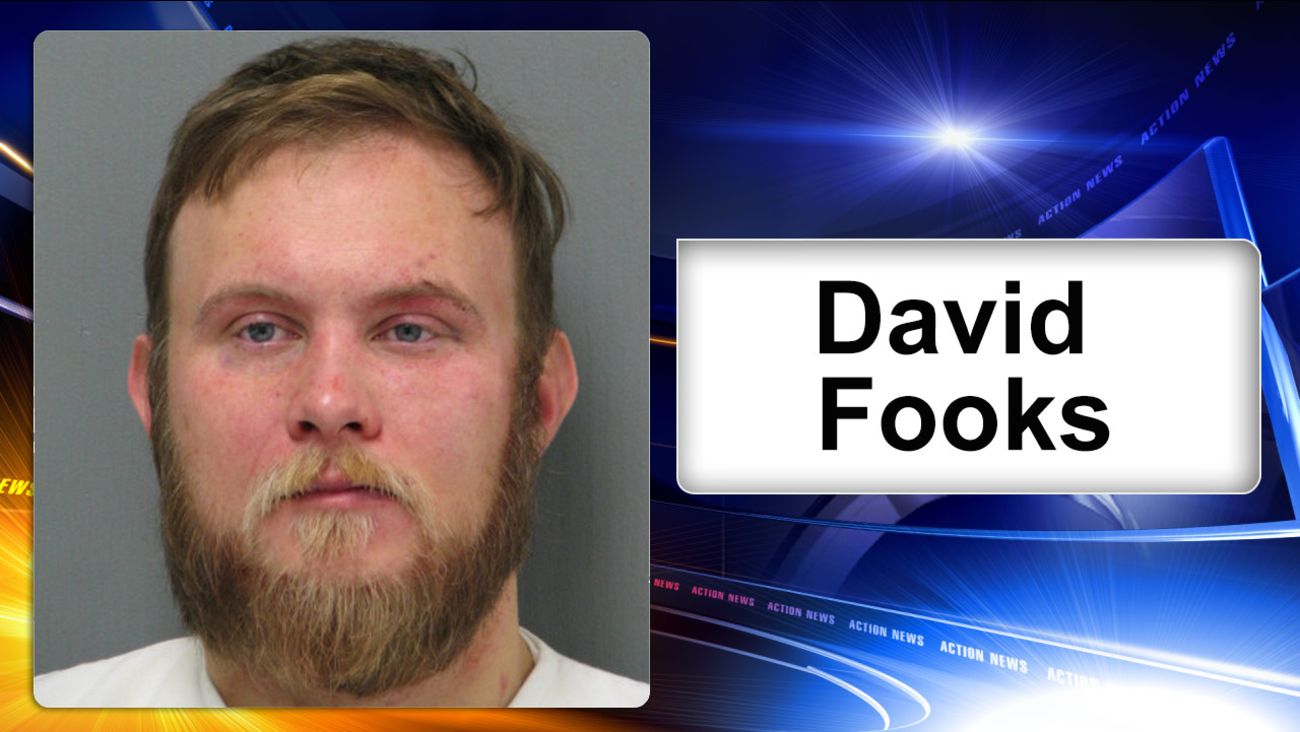 REHOBOTH, Del. (WPVI) -- Delaware State Police say a Lewes man has been arrested in connection with a burglary in Rehoboth.

Upon arrival, troopers say they observed Fooks being held down by a 50-year-old male victim of the residence.

Police say a 10-year-old boy walked out of his bedroom after hearing a noise and observed Fooks in the bathroom disrupting items in the home. The boy then screamed, alerting his father someone was in the home.

The man advised a 42-year-old woman to get into a room with the children and lock the door.

An altercation ensued between Fooks and the man during which both men were injured. The man was able to hold Fooks at the scene until police arrived.

Fooks was taken to Beebe Hospital for a facial injury. The male victim suffered a minor laceration to the back of his head, but refused treatment, police say.

Fooks was extremely intoxicated, police say, and has no known relationship with the victims.

He is being held at the Sussex Correctional Institution in default of $6,750.00 secured bail.