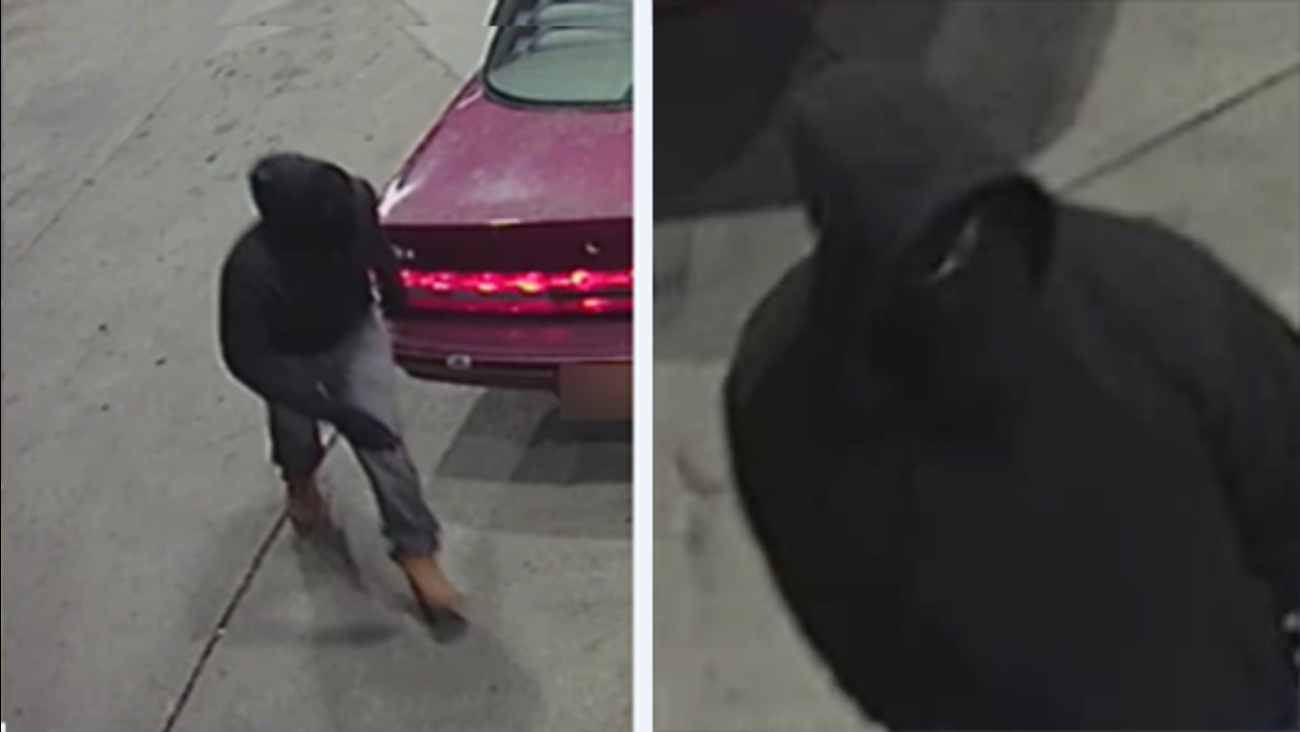 CAMDEN, N.J. (WPVI) -- Police are asking the public's help in identifying the suspects allegedly involved in an armed robbery at a gas station in Camden, New Jersey.

The robbery happened around 9:30 p.m. Monday on the 1900 block of the westbound Admiral Wilson Boulevard.

The first suspect is described as a black male wearing gray jeans, a black hooded jacket, a black ski mask and tan boots.

The second suspect is described as a black male of stocky build. He was seen wearing a black hooded sweatshirt, black ski mask, black pants, tan boots and brandishing a black handgun.

That vehicle had been reported stolen and officers recovered it around 10:20 p.m. at the corner of Raritan and Somerset streets, police say.

Anyone with information about these suspects or this crime should call the Camden County Police Department tip line at (856) 757-7042.