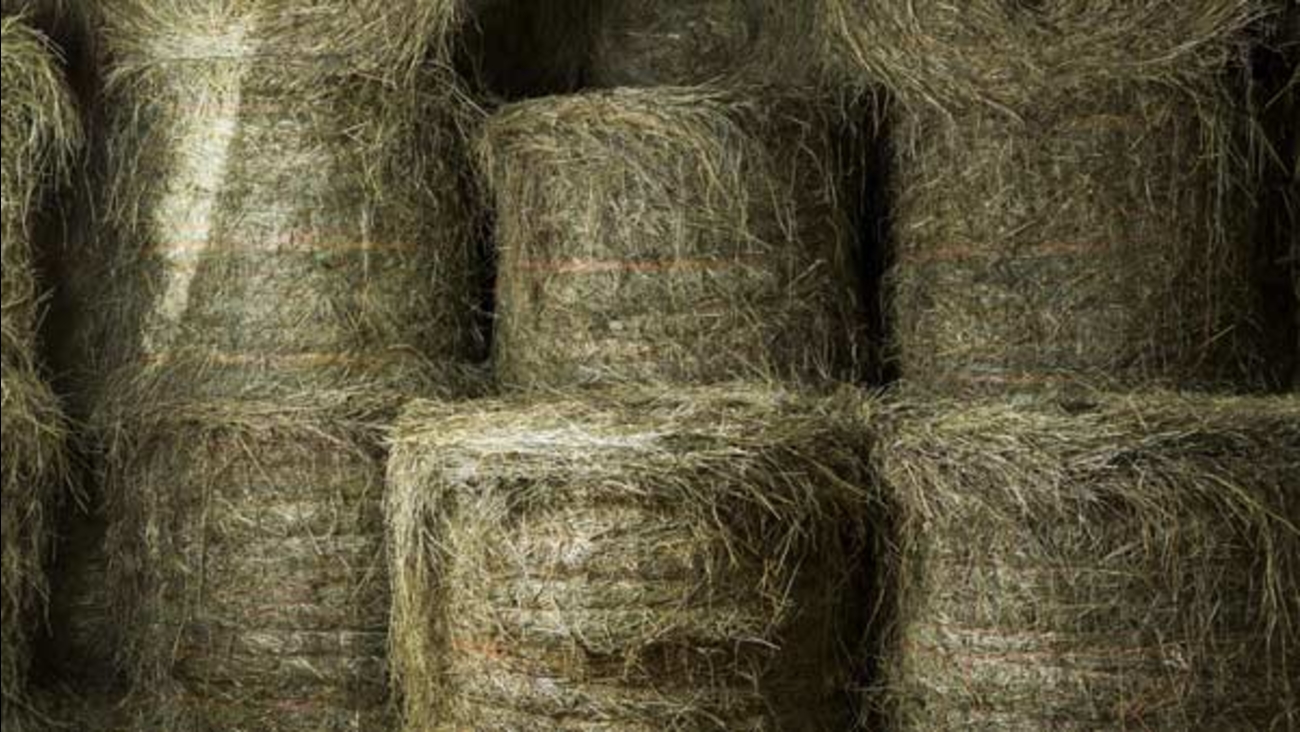 LANCASTER, Pa. -- Authorities say an 11-year-old boy was killed after being crushed by a hay bale in Pennsylvania, a day after an 8-year-old in the area was seriously hurt in a farm equipment accident.

Lancaster County Coroner Dr. Stephen Diamantoni tell Lancaster Online (http://bit.ly/1RBm2G3) the child was in a barn loosening hay to feed animals Tuesday. That's when a 1,200-pound bale fell about five feet, striking and pinning him beneath.

He says the child had been trapped for about 30 minutes before he was discovered.

On Monday, an 8-year-old boy suffered what officials called "very serious" injuries when his leg became stuck in a piece of equipment at a farm near Bird-in-Hand.

The boy was flown by to Hershey Medical Center. His condition wasn't available Thursday.