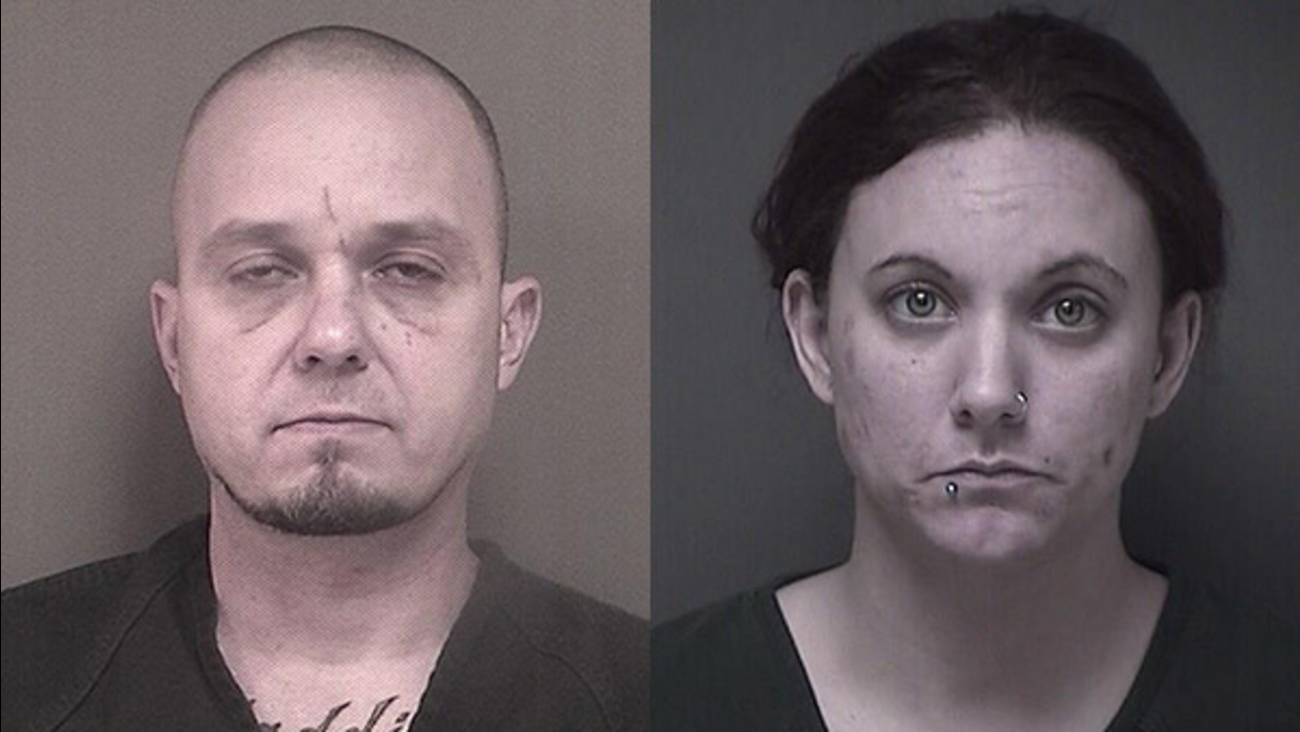 BERKELY TWP., N.J. (WPVI) -- A mother and father have been arrested in connection to the drowning of their 2-year-old daughter.

Robert Trella, 41, of Berkeley Township has been charged with two counts of 2nd Degree Endangering the Welfare of a Child, Possession of CDS and Tampering with Evidence.

Brigitte McCarthy has been charged with two counts of 2nd degree Endangering the Welfare of a Child and Possession of CDS.

On August 17, 2015, the Berkeley Township Police Department was called to a report of a 9-year-old girl running down the street stating that her 2-year-old sister was missing.

The 2-year-old was soon located in a neighboring swimming pool.

She was transported to Community Medical Center in Toms River where she was pronounced dead.

Police investigating the scene discovered marijuana and heroin inside the family's home.

Authorities say McCarthy instructed her 9-year-old daughter to retrieve a tin containing suspected heroin while in front of the investigating officers.

They also say Trella attempted to destroy marijuana located within the home.

Witnesses tell police the 2-year-old had been seen wandering around the neighborhood unsupervised on prior occasions.

Police say the 9-year-old assumed many of the caretaking responsibilities for her younger sister.

Anyone with more information should contact the Berkeley Township Police Department at 732-341-6600 or Ocean County Prosecutor's Office at 732 929-2027.