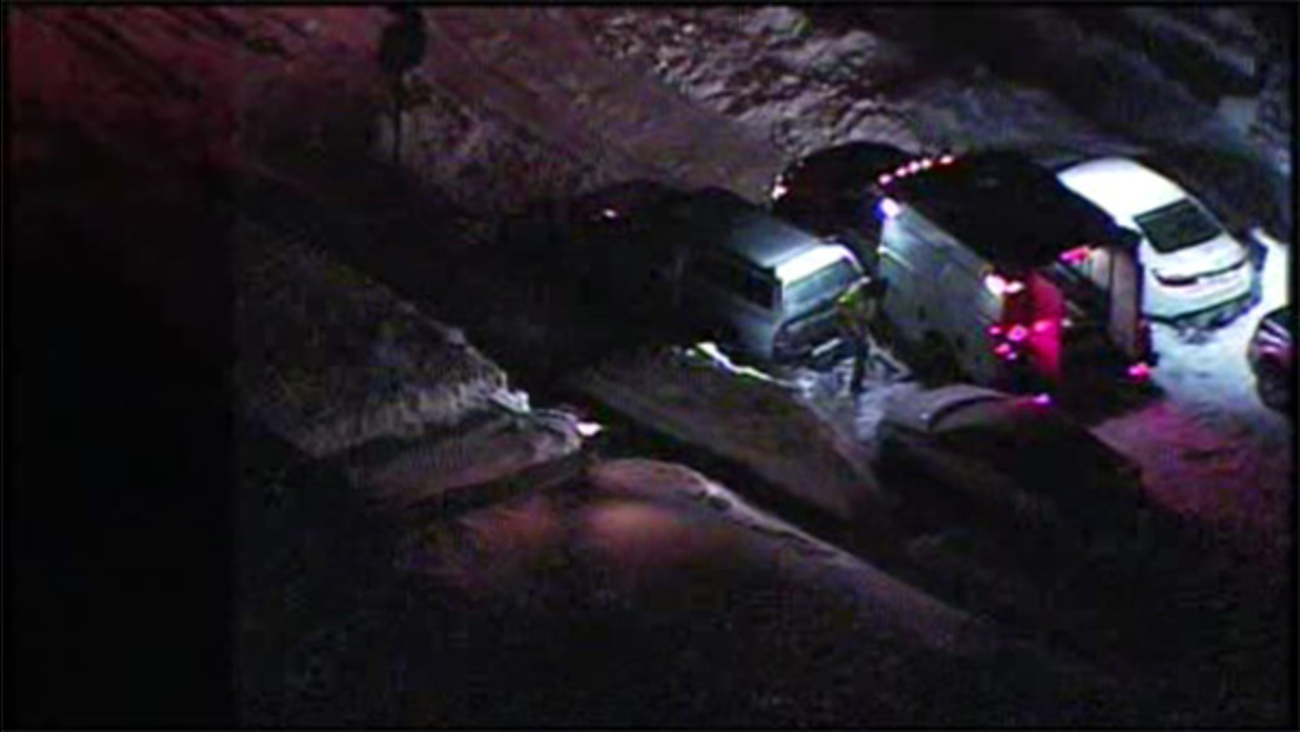 WPVI
RHAWNHURST (WPVI) -- A water main rupture flooded two cars and caused the street to collapse in the Rhawnhurst section of Philadelphia.

The water began gushing early Tuesday morning on the 1000 block of Hartel Avenue.

Official say an 8-inch main broke which caused part of the street to cave in.

Two parked cars were flooded on the snow covered streets.

There are 60 properties on the block without water.

Crews are working to repair the service by later today.

The street will remain closed until repairs are complete.