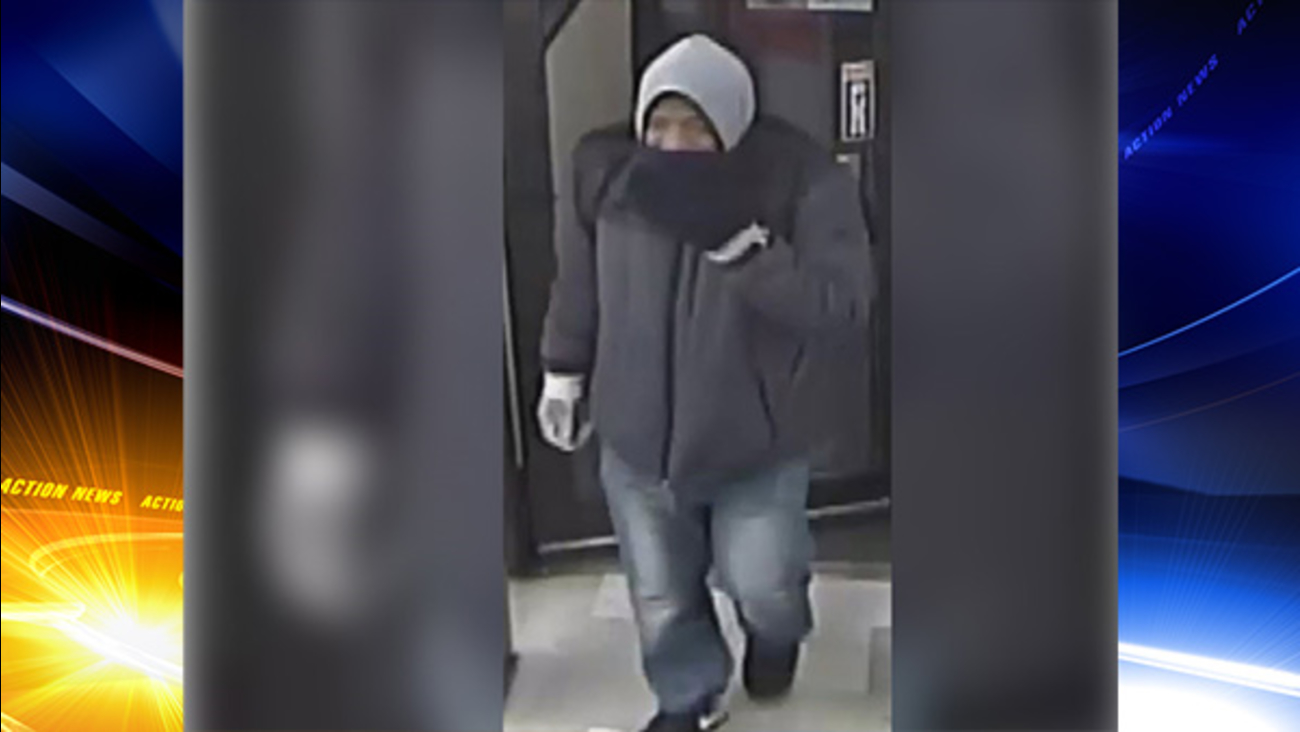 OLNEY (WPVI) -- Police are asking the public's help in identifying a suspect who robbed a Rite Aid pharmacy in Philadelphia's Olney section.

Police say an unknown male entered the store and approached an 18-year-old female, asking for a pack of cigarettes.

The suspect then allegedly placed his hand inside his jacket packet simulating he was armed with a weapon and demanded money.

The employee gave him the money and the suspect fled the pharmacy on foot.

He was last seen heading south on 5th Street then west on Olney Avenue.

The suspect is described as a black man, wearing a two tone gray zip-up jacket, light gray hooded sweatshirt, faded denim jeans and gloves. One glove was gray and the other was a dark color. He was carrying a black backpack, and wearing black and white sneakers.