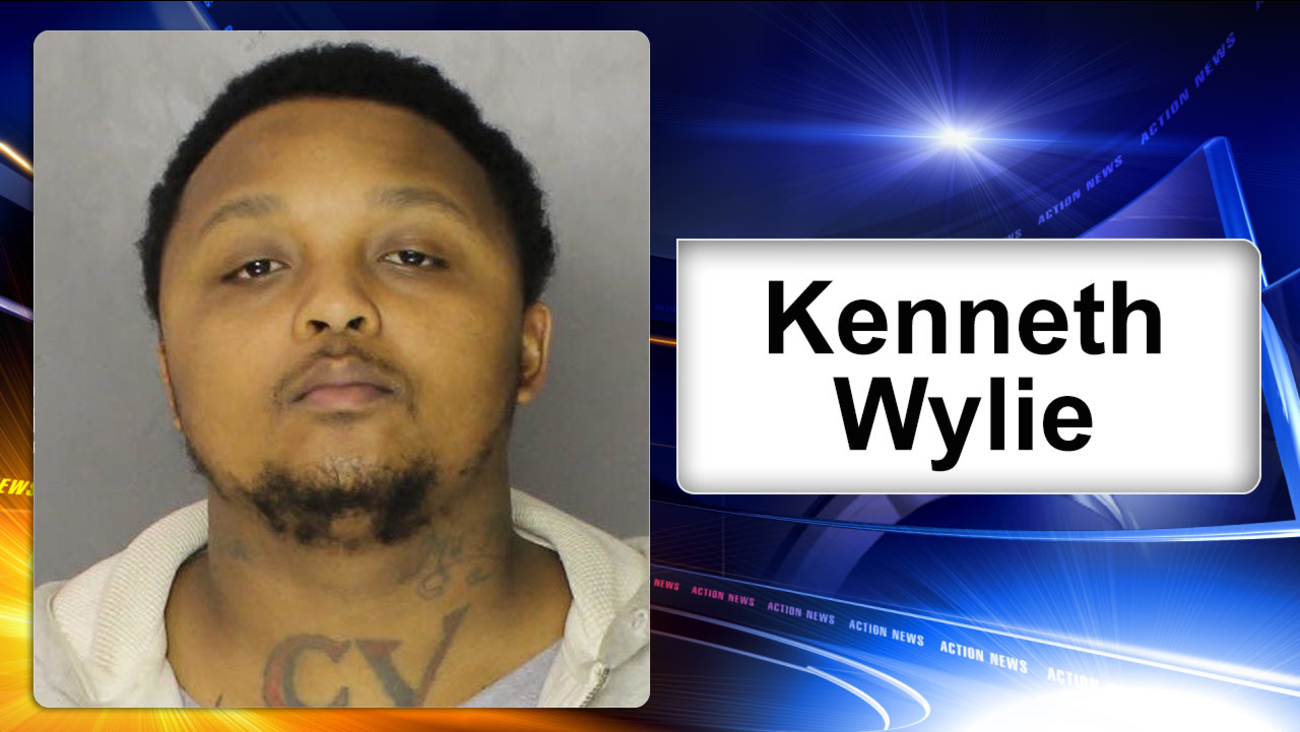 WEST CHESTER, Pa. (WPVI) -- A fugitive wanted in a witness intimidation case out of Chester County is now under arrest, but he was far from quiet during his time on the lam.

Kenneth "War" Wylie, of Coatesville, is accused of tracking down a witness in an active drug case with the help of his girlfriend, who was a county employee.

His girlfriend, Chanel Turner, was fired and arrested late last year, but Wylie remained on the run.

According to the D.A.'s office, while a fugitive Wylie posted numerous photos flashing money, police reports revealing the names of those who spoke to law enforcement, and posing for photos outside the Justice Center.

In addition, Hogan said, Wylie posted a rap song that included media coverage of the charges against him.

The D.A. said Wylie surrendered to police on Tuesday after a warrant sweep led officers to check the addresses of his mother and girlfriend.

"Through his every word and deed, this defendant has shown his disrespect for the Chester County justice system. Now it is time for him to face the consequences of his conduct," Hogan said in a statement.