O'Malley, Huckabee drop out of race for president 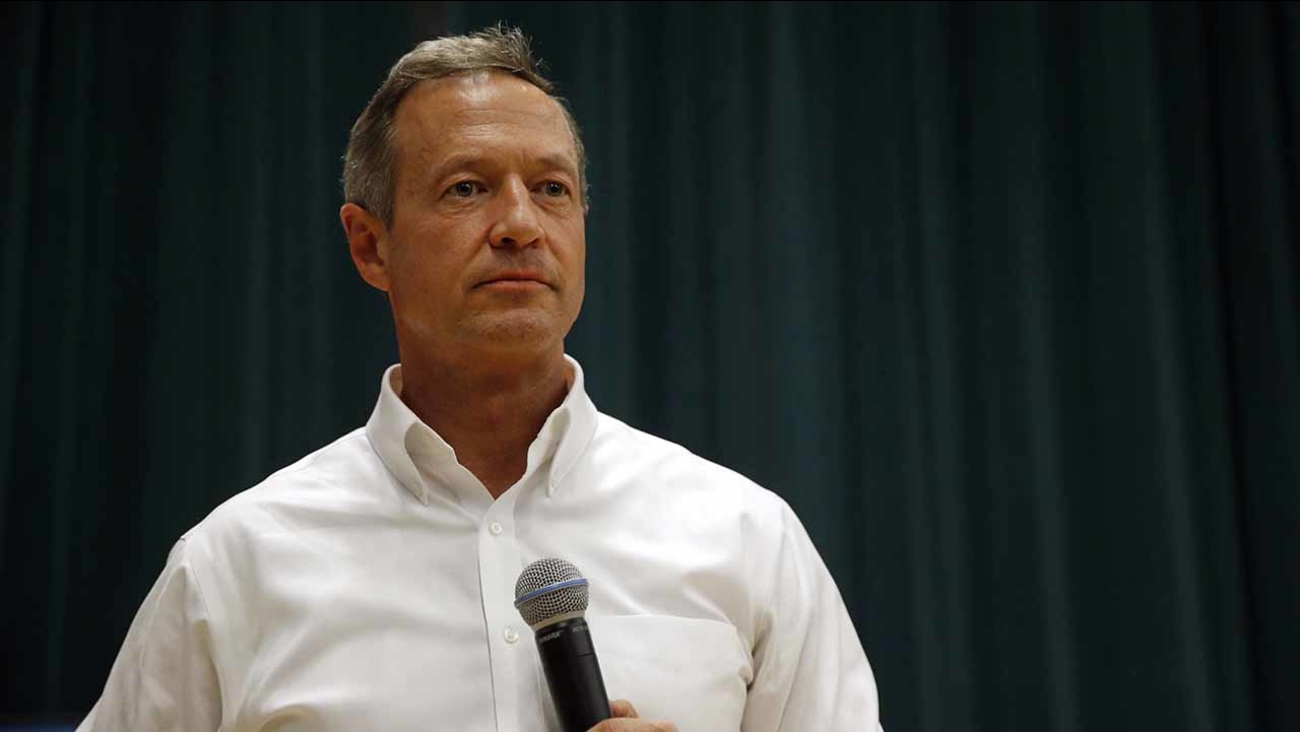 O'Malley's decision to drop out of the race came even before a winner had been declared but as early results showed O'Malley garnering negligible support in the first primary contest. His plans were disclosed by two people familiar with his decision, who weren't authorized to discuss the decision publicly and requested anonymity.

The former two-term governor and Baltimore mayor campaigned as a can-do chief executive who had pushed through key parts of the Democratic agenda in Maryland, including gun control, support for gay marriage and an increase in the minimum wage.

A veteran of Colorado Sen. Gary Hart's presidential campaigns in the 1980s, O'Malley sought to portray himself as a fresh face for a party searching for new ideas. He launched some of the toughest critiques of the race, accusing Clinton of being on "three sides" of the gun control debate and offering "weak tea" when it came to policing Wall Street.

But the ex-governor struggled to raise money and was mired in single-digit polls for months, despite an active operation in Iowa and New Hampshire. His campaign was forced to accept federal matching funds in the fall and he failed to become Clinton's chief alternative as Sanders tapped into the party's liberal base.

Along the way, O'Malley's campaign dealt with poor timing and some bad breaks. His campaign kickoff was complicated by riots in Baltimore after the death of Freddie Gray in police custody, bringing fresh scrutiny of O'Malley's law enforcement record as the city's mayor.

He entered the race after Sanders, who quickly generated massive crowds around the country and a loyal following in the early states. Sanders' appeal with liberals - and his online fundraising machine - gave O'Malley little room to become the face of the party's smaller anti-Clinton wing.

At a forum in Arizona last July, O'Malley's appearance was disrupted by Black Lives Matters' activists and he told the crowd, "Black lives matter. White lives matter. All lives matter," drawing heckles from the crowd. He later apologized, saying he meant to say that "we're all in this together."

O'Malley was critical of the Democratic National Committee's decision to hold only six presidential debates - including four before the Iowa caucuses - and repeatedly argued that party chair Debbie Wasserman Schultz was limiting the debates to benefit Clinton.

He performed well in the televised debates but it never amounted to a marked boost in poll numbers or fundraising. In the first debate, when he told Clinton a no-fly zone in Syria would be a mistake, she retorted that she was "very pleased" he had endorsed her 2008 presidential campaign, effectively neutralizing his attack.

Maryland's top lawmakers, including Sens. Barbara Mikulski and Ben Cardin, sided with Clinton and O'Malley won the endorsement of just one member of Congress - Rep. Eric Swallwell of California.

Even his personal ties weren't persuasive. Mikulski backed Clinton again even though O'Malley had been an aide on the senator's 1986 campaign and his mother worked as a receptionist in Mikulski's office for years. Mikulski often said simply, "I'm a Hillary person."

Mike Huckabee ended his second campaign for the White House on Monday amid a dismal showing in the Iowa caucuses that he won in his first bid eight years ago.

As caucus results were still streaming in, Huckabee wrote on Twitter that he was "officially suspending my campaign." He thanked his backers for their loyal support, adding the hashtag #ImWithHuck. Calls to the Huckabee campaign for comment were not immediately returned.

The former Arkansas governor announced his 2016 bid in May in the hometown he shares with former President Bill Clinton, joining what would become a crowded Republican field that included many political newcomers.

In 2008, he captivated evangelical Republicans but couldn't build wide enough support to win the Republican nomination. After ending his 2008 campaign, he took up hosting a weekend cable show on FOX News, but then stopped before announcing his latest White House bid.

A populist but no Democrat, he did not endorse a minimum-wage increase, instead calling for policies encouraging a "maximum wage" for workers. But he did align himself with labor interests in criticizing "unbalanced trade deals" and describing President Barack Obama's immigration policy as a way to "import low-wage labor, undercut American workers and drive wages lower than the Dead Sea."

The ordained minister - he was Arkansas Baptist Convention president before getting into politics - has played up the cultural conservatism learned in this small town where many of his relatives - and a few Clinton relatives - still live. He stood by his opposition to abortion rights and same-sex marriage, declaring that "the Supreme Court is not the supreme being, and they cannot overturn the laws of nature or of nature's God."

Huckabee has boasted that in Arkansas politics, he found success in "challenging the deeply entrenched political machine that ran this state. It was tough sledding, but I learned how to govern and how to lead." An introductory video about the governor who fought "the Clinton machine" made clear he meant Bill and Hillary. Bill Clinton was governor before Huckabee, while former Secretary of State Hillary Clinton is now vying for the Democratic nomination for president.