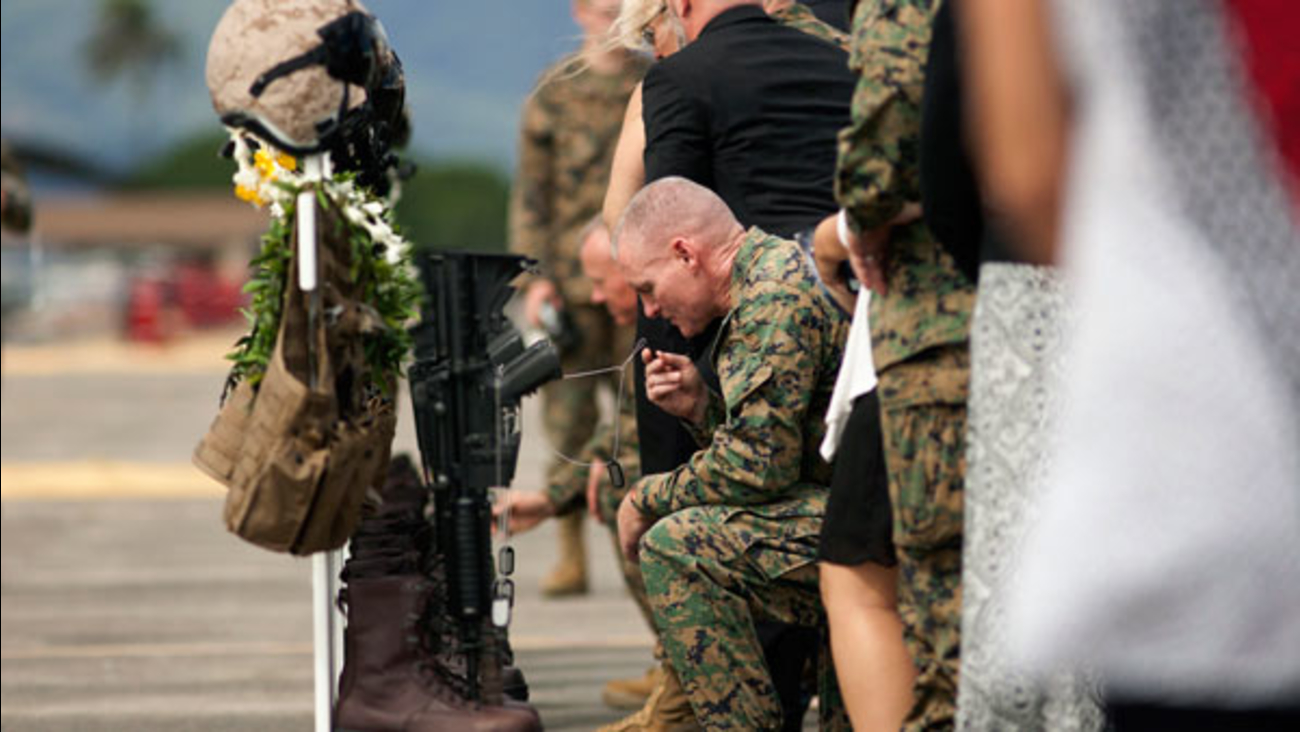 Family, friends and comrads pay their respects during a memorial service for the 12 U.S. Marines who died when their helicopters crashed off the North Shore of Oahu, Hawaii. (AP Photo/Caleb Jones)

HONOLULU -- The U.S. Marine Corps says trace elements of DNA have been found from Marines killed in a helicopter crash off Hawaii last month.

A spokeswoman for the III Marine Expeditionary Force said in a statement Tuesday that DNA traces were found during search and rescue operations that ended on Jan. 19.

Capt. Cassandra Gesecki said the families of the identified Marines were notified. The statement said the Marine Corps wouldn't provide further information at this time about what was found.

No other remains have been found since.

Twelve Hawaii-based Marines were killed when two helicopters crashed during nighttime training on Jan. 14. One of those Marines, 31-year-old Captain Brian T. Kennedy, was from Philadelphia.

The Coast Guard initially reported that the choppers had collided, but the Marines said later it wasn't yet known if there was a collision. The cause remains under investigation.