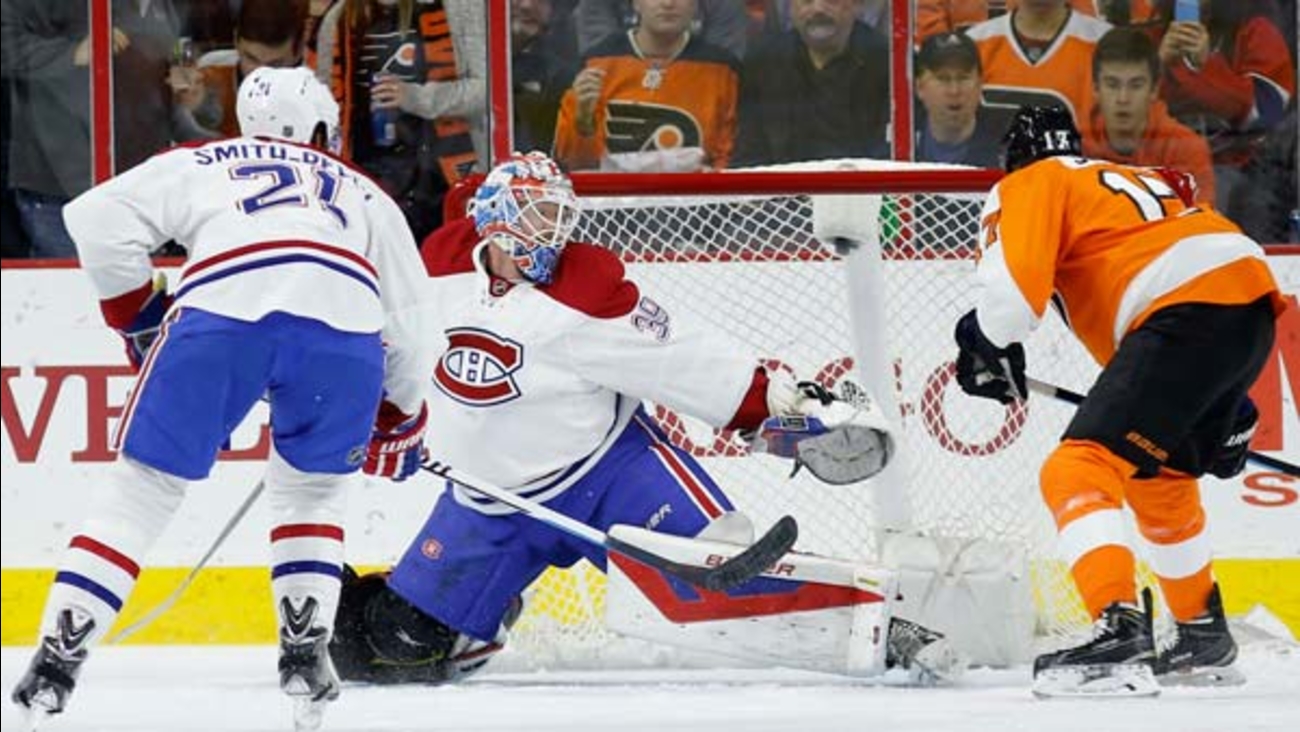 PHILADELPHIA -- Wayne Simmonds scored two goals and led the Philadelphia Flyers to a 4-2 win over the Montreal Canadiens on Tuesday night.

Simmonds snapped a tie in the third period with his 16th of the season, sparking the Flyers to the second-half start they needed as they make a playoff push.

The Flyers have 15 games in February - Tuesday marked the first of eight in 13 days - and they entered five points out of an Eastern Conference wild-card spot. That's certainly enough of a load for any team. But this could be the month that determines if Philadelphia is playoff-ready or still another season or two from contending for the Stanley Cup.

The Flyers play six games against their Metropolitan Division rivals and 10 against teams in the East. They three sets of back-to-back games during that span.

Under rookie coach Dave Hakstol, the Flyers are trying to make the playoffs for the second time in four seasons.

The Canadiens have stumbled since a strong start and scored only 48 goals (1.92 per game) since December - a steep drop from the 3.52 they averaged before the season went south.

By their standards, the Canadiens went on a scoring spree Tuesday, wiping out a 2-0 deficit by the third period. Markov scored his third goal of the season when he knocked in a wild rebound off the boards with 1:42 left in the first.

Petry scored 2:30 into the second from the circle to make it 2-all.

Simmonds saved the Flyers at the end after putting them on the board in the first.

Philadelphia grabbed a 2-0 lead in the first by getting power-play goals from Simmonds and Schenn, who had an assist on Simmonds' 15th of the season.

"I went to the net with my stick on the ice and Brayden made a great pass for a tap-in back door," Simmonds said.

The Flyers have power-play goals in five straight games.

The Canadiens played without All-Star Game MVP John Scott. He remained stuck in the minors with Montreal's AHL affiliate, the St. John's Ice Caps, even after his two-goal effort and feel-good story made him the hit of All-Star weekend.

NOTES: Flyers backup goalie Michal Neuvirth is out seven to 10 days with a lower-body injury. Anthony Stolarz was recalled from the AHL. ... The Flyers will play April 10 at the New York Islanders in a game rescheduled because of the recent snowstorm on the East Coast. ... Flyers D Radko Gudas received a game misconduct for a hit on forward Lucas Lessio.