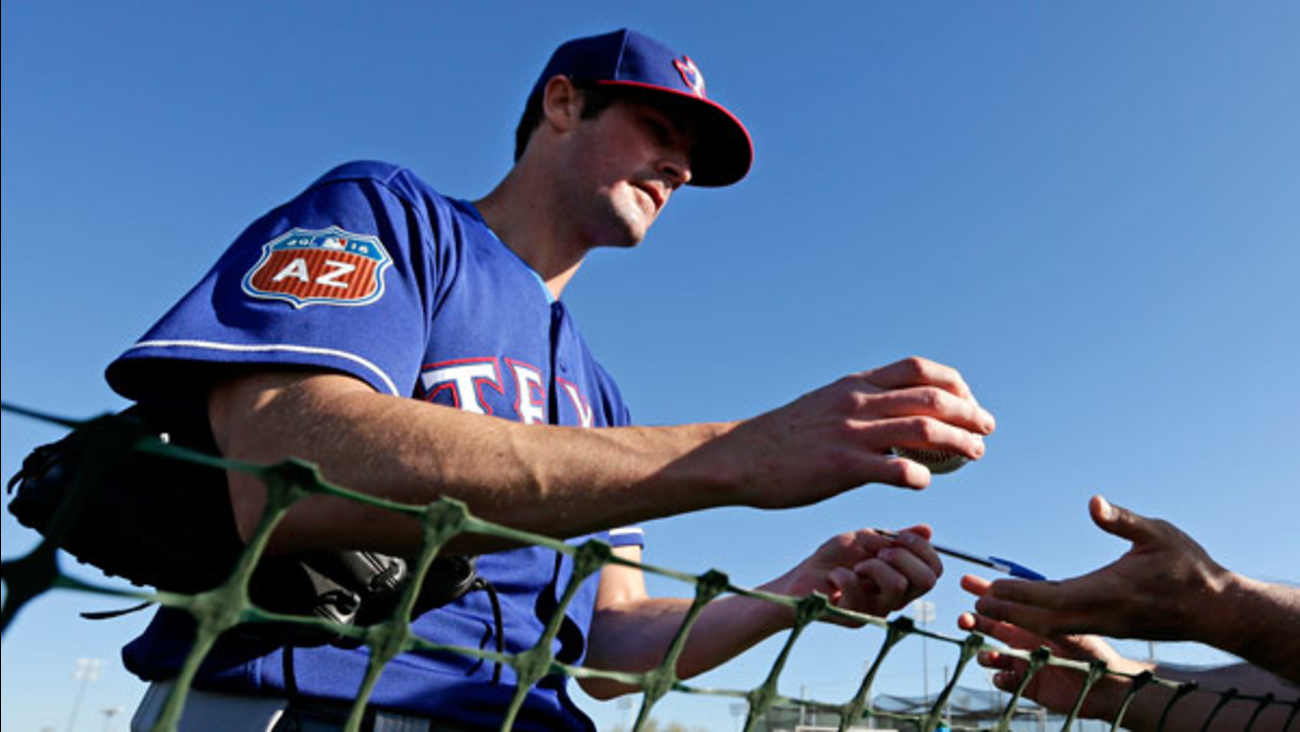 The Texas Rangers star said he and his wife hoped to attend the 2015 New York City lingerie show and bought three VIP packages from Cornucopia Events.

The money was to cover a four-night stay in a luxury hotel, a limousine with champagne, goodie bags and access to the after-party and exclusive restaurants. The suit alleges Hamels and his party got none of the perks and were denied entry to the event.

Hamels is seeking $150,000 in damages for fraud and misrepresentation. The company advertised that it hosted premiere parties and could score tickets to world-class events.

"We pride ourselves on opening doors to the world's most exclusive venues and filling them with fabulous people, whilst creating bespoke events for the corporate arena," Cornucopia wrote on its promotions, according to the suit.

Heidi Hamels, a former Survivor contestant when she was Heidi Strobel, is also a named plaintiff.

The couple was initially told the show would be in London, although the directions later had them arriving in New York for the Nov. 10 show, the lawsuit said. They were told to avoid saying they had bought the tickets, but instead to say they were a gift or that they were attending as guests of the brand, the suit said.

However, no one from Cornucopia met them with any tickets, and they were "completely denied admission" to the show, the lawsuit said.

The lawyer who filed the suit in Philadelphia's Court of Common Pleas on their behalf did not immediately return a call for comment Tuesday.