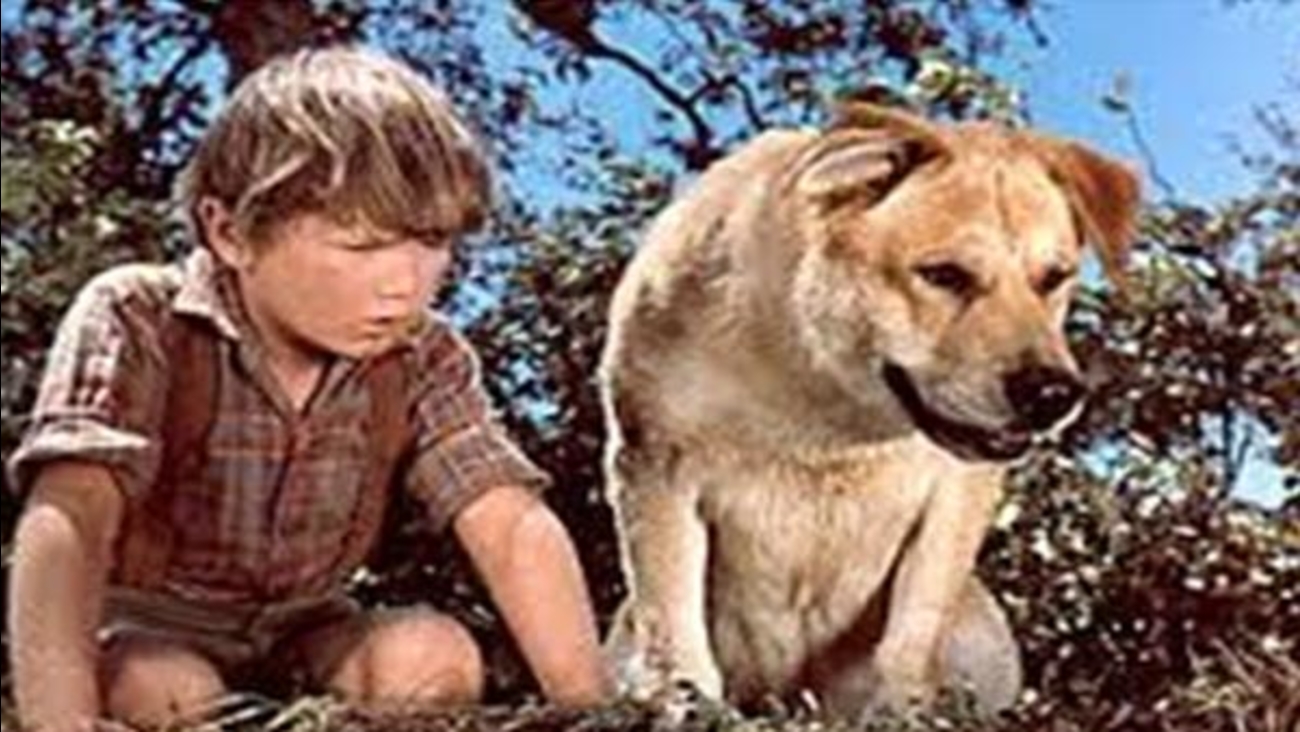 LOS ANGELES -- The nearly 60-year-old classic "Old Yeller" has been named all-time favorite family movie by the American Humane Association, which is celebrating animal actors with its annual Pawscar awards just days ahead of the human Oscars.

Made in 1957, "Old Yeller" is a "baby boomer classic," said Paul Dergarabedian, a senior media analyst for comScore, a global media measurement company. "It's funny how in the rearview mirror of our collective consciousness, certain movies continue to resonate and stir emotion even 60 years on. 'Old Yeller' does just that."

"Old Yeller" was one of the first movies to ever focus on the human-animal bond, AHA officials said.

Actors Pauley Perrette and Lou Wegner introduced the Pawscars from Perrette's home. The show can be seen online at www.americanhumane.org.

CAN AN ANIMAL WIN AN OSCAR?

No. Unless you believe and count the first Oscars in 1929. The Hollywood Reporter, IMDB.com and Susan Orlean in her book "Rin Tin Tin: The Life and the Legend," all carry the same account, saying the German shepherd received the most votes for best actor that year. But according to legend, Academy members wanted to ensure the awards were serious and important and decided giving an Oscar to a dog did not serve that end, even though the same dog is usually credited with saving Warner Bros. studios.

Animals "really should be eligible for Oscars in every category, and until the Academy recognizes the outstanding contributions of animal actors, our Pawscars awards will continue to be an important annual landmark on the movie awards landscape," said Robin Ganzert, AHA's president and CEO.

Academy officials did not immediately respond to messages seeking comment.

'CINDERELLA' WAS A SHOE-IN FOR ENSEMBLE AWARD

The Pawscar for best ensemble "was a shoe-in," Wegner said, won by the latest live-action version of "Cinderella." The troupe included horses, mice, geese, chickens, cats and even lizards. By merging green screen footage with live footage and movie magic, the carriage became a pumpkin, the horses turned into mice and the driver was a goose.

PINK-SADDLED PONY IS A DEAL-MAKER

When Mark Wahlberg (dad) and Will Ferrell (stepdad) vie for the affections of the same kids in "Daddy's Home," the best bribe wins, and that was Mary the white pony in a pink saddle and ribbons. So this movie wins best bribe Pawscar.

- Most moving performance: "The Hateful Eight."

Three dogs have left their mark on Hollywood with stars on the Walk of Fame: Strongheart, (a silent movie star), Rin Tin Tin and Lassie.