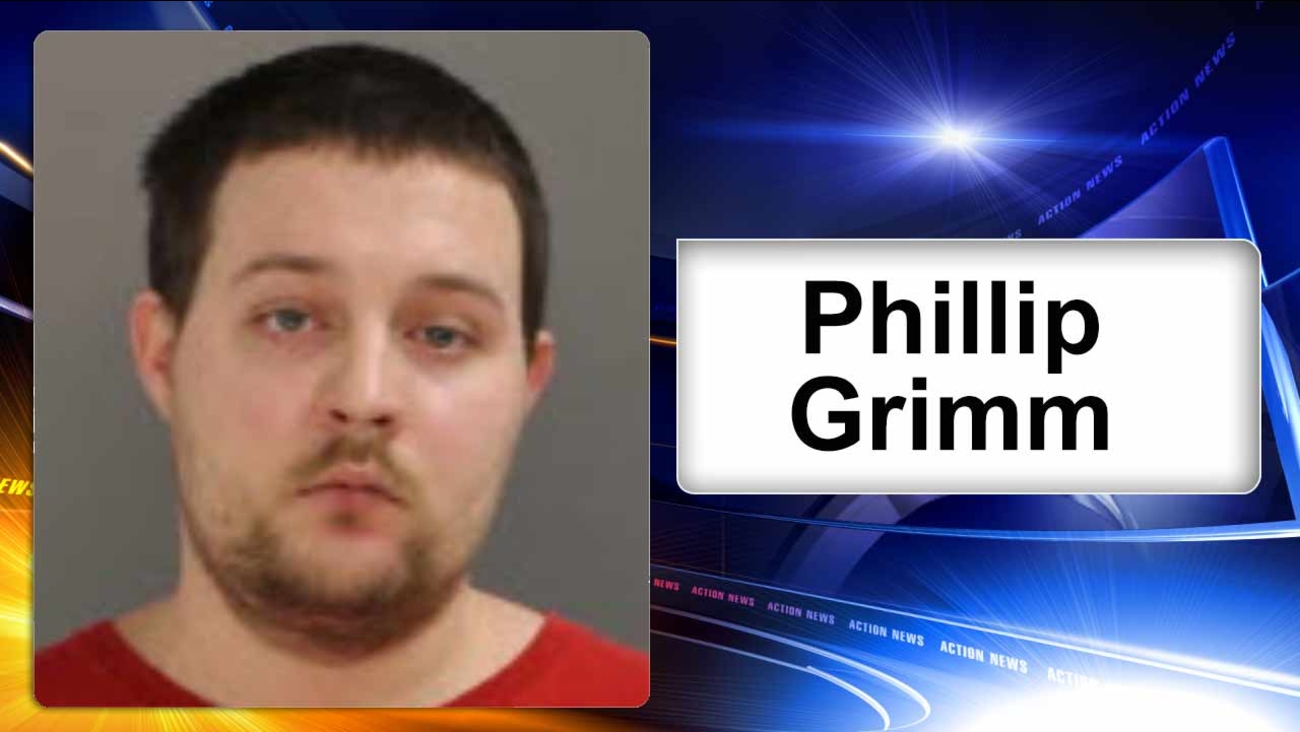 UPPER SOUTHAMPTON TWP., Pa. (WPVI) -- Police in Bucks County have made an arrest in the armed robberies of a Speedway gas station.

The first robbery occurred just before 6 p.m. on February 10 at the Speedway on the 700 block of Street Road.

Police say the suspect displayed a handgun and demanded cash from the register.

After receiving cash, police say Grimm fled the area in a vehicle which was parked in an adjacent parking lot.

Then at approximately 1:25 p.m. on February 14th, police say Grimm robbed the same store at gunpoint. He fled in the same vehicle.

Through video surveillance it was determined the vehicle was a dark colored Chevrolet Equinox with a faded white sticker on the rear window.

While on patrol, an Upper Southampton Township police officer noticed a vehicle fitting the description parked at a home on a street close to the Speedway gas station.

One of the residents at the home, identified as Grimm, was known to police from prior incidents. Police say he confessed to committing both armed robberies in order to support a substance abuse addiction to heroin.

He is being held at Bucks County Prison.