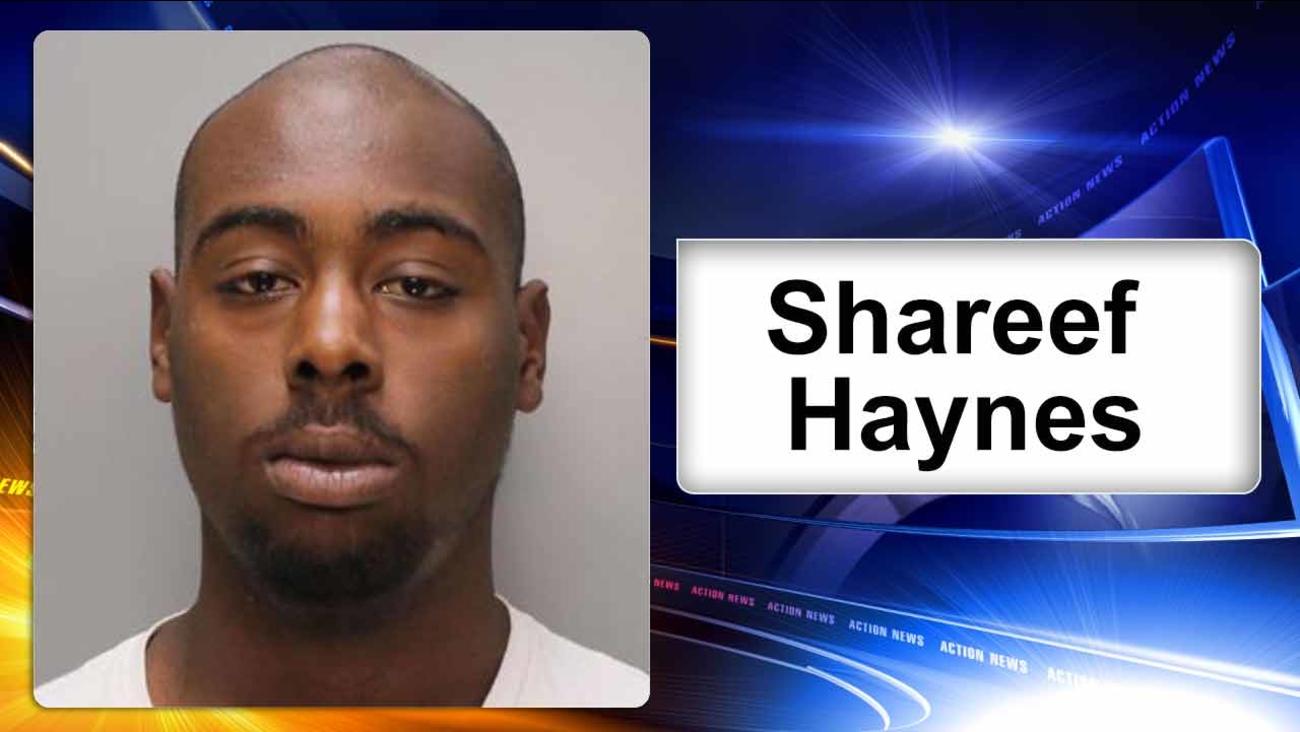 PHILADELPHIA (WPVI) -- A man who allegedly told a Philadelphia police officer he should blow off the officer's head was tased and taken into custody.

Haynes knocked on the window and the officer rolled his window down.

The officer asked Haynes how he could help him and that's when police say Haynes threatened the officer.

The officer attempted to leave the vehicle, but Haynes held the door stopping the officer.

After several attempts, the officer was able to get out.

Police say Haynes then made a shooting gesture with his hand at the officer and threatened again to blow off his head.

The officer then drew his weapon and radioed for back up.

A responding officer arrived as Haynes had his hands in his pants.

Police say Haynes started to approach the responding officer who ordered Haynes to show his hands.

According to authorities, Haynes continued towards the officer; at that time, the officer discharged his taser.

Haynes fell to the ground and was arrested without further incident.

He was transported to Methodist Hospital.