3 arrested for shooting of cab driver in Point Breeze 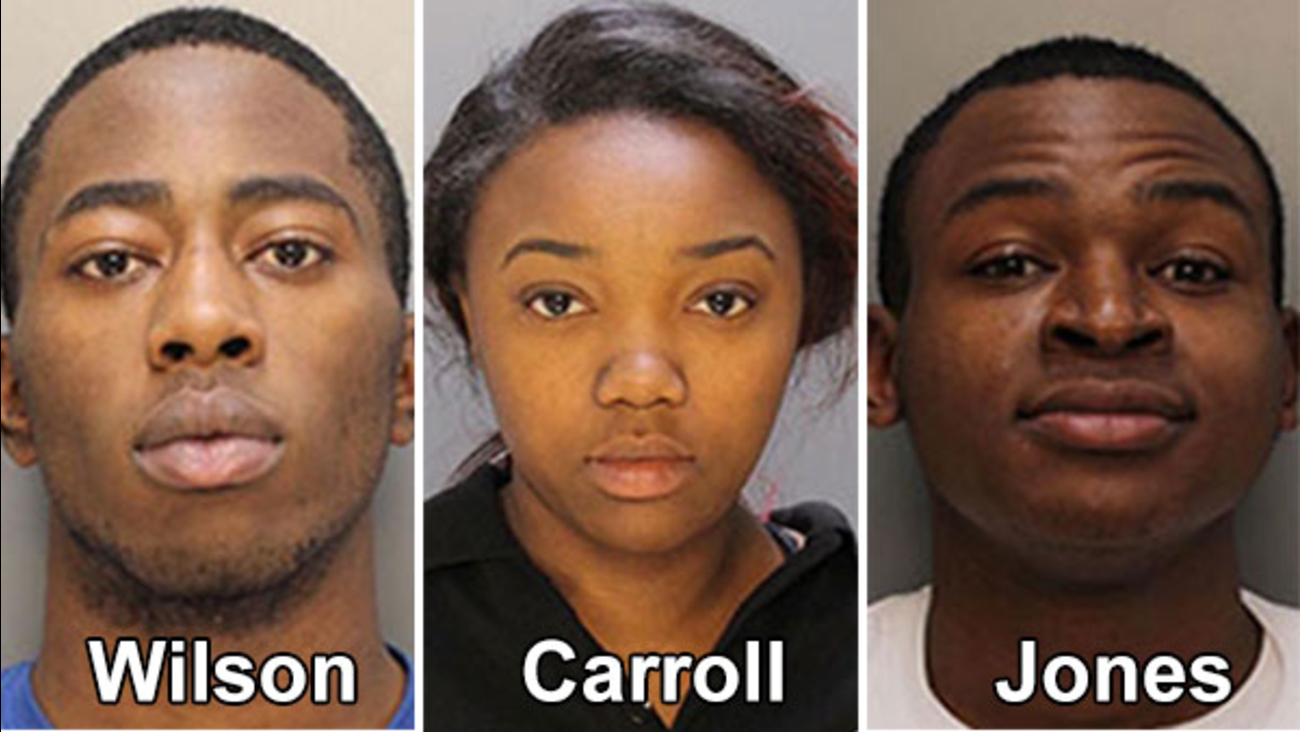 POINT BREEZE (WPVI) -- Two men and a woman were arrested for the attempted robbery and shooting of a cab driver in the Point Breeze section of Philadelphia.

Michael Jones, Syheed Wilson and Keirston Carroll, all 19-year-old residents of the city, were arrested after surveillance video of the suspects was released by police.

Investigators have released surveillance video of the three suspects wanted for shooting a cab driver in Point Breeze earlier this month.

According to police, it was around 3:15 a.m. when the three flagged down a cab outside the Broad Street subway at Tasker and Morris streets.

Once inside the car, police say two of them pulled guns and demanded money. Both fired, and the cab driver was hit once in the right shoulder.

The car crashed at 24th and Morris where all three suspects were able to flee. The cab driver was treated for the wound. Nothing was taken.

On February 22nd, police released surveillance video of the suspects and, the next day, Carroll and Wilson were arrested.

Jones was arrested on Saturday.