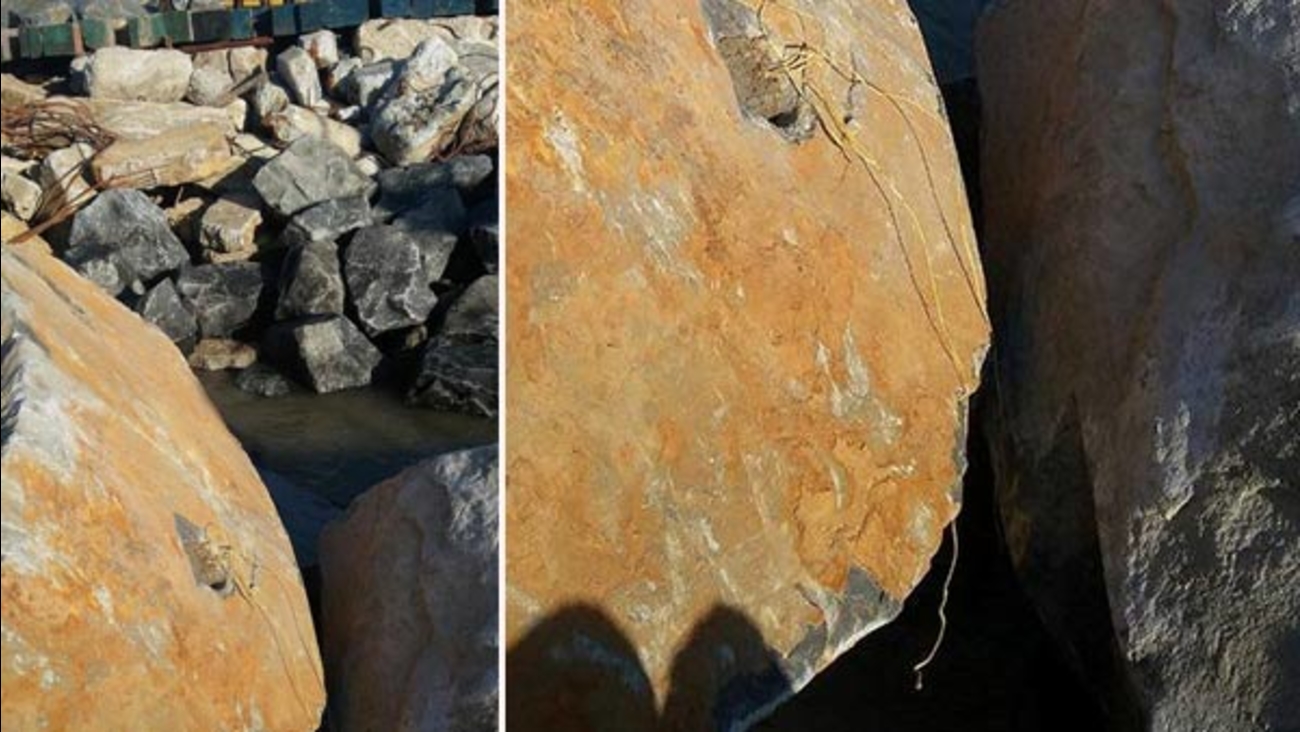 ATLANTIC CITY (WPVI) -- A bomb disposal unit was called to the boardwalk in Atlantic City after a construction crew noticed what appeared to be detonation wires attached to a large rock.

The discovery was made before 9 a.m. Monday in an area where a new section of boardwalk is being installed.

A picture sent to Action News by two members of the Philadelphia Pile Drivers and Divers Local 454 showed what appeared to be two wires coming from a hole in a large boulder.

Crews were concerned the hole might contain an undetonated stick of dynamite or other explosive.

Bomb experts from the Atlantic City Police Department arrived on the scene and determined no explosives were attached to the wires.

No evacuations were ordered.

Police say it appears the wires had been attached to the rock at whatever quarry it came from and posed no danger.