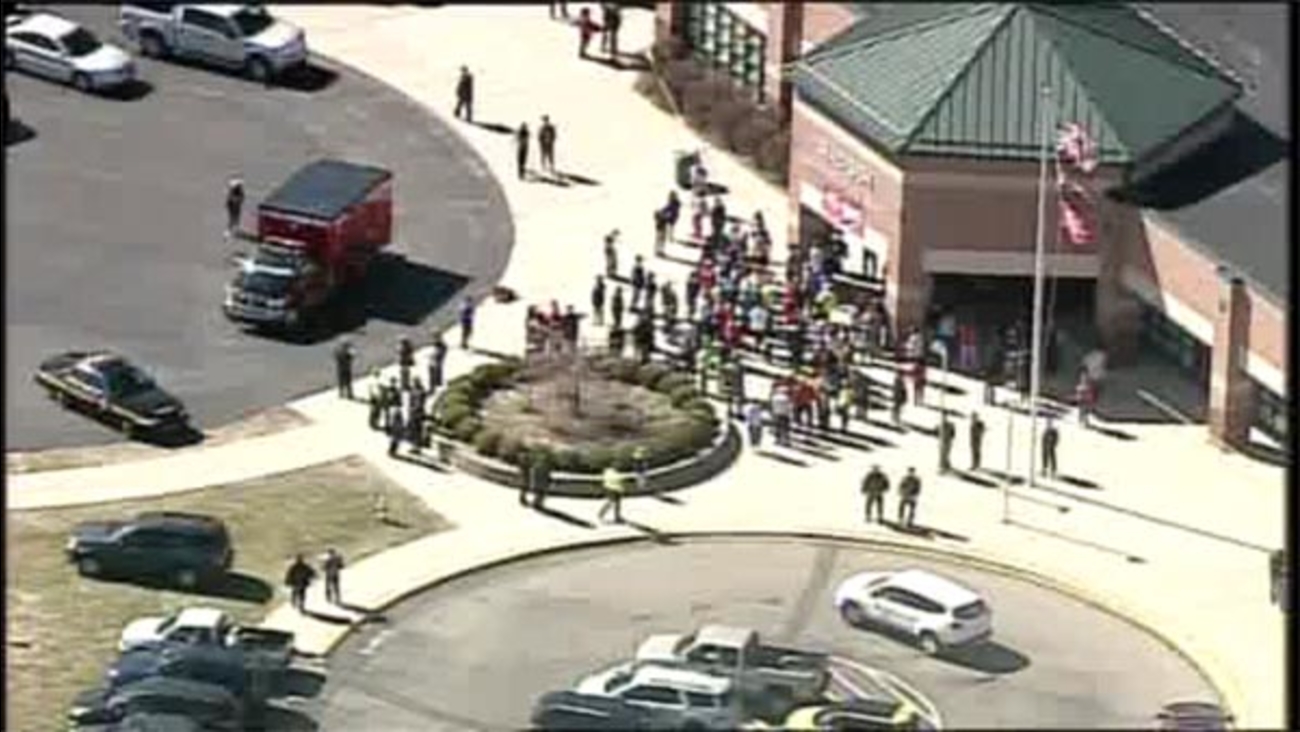 MADISON TOWNSHIP, Ohio -- A 14-year-old boy pulled out a gun in a school cafeteria Monday and opened fire, hitting two students, and then ran from the school, threw the weapon down and was apprehended nearby with the help of a police dog, authorities said.

Two other Madison Local Schools students also were injured, possibly from shrapnel or while running away. None of the injuries appeared to be life-threatening, said Butler County Sheriff Richard Jones.

Jones said the 14-year-old was a student and there was a motive to the shooting which he did not identify. The boy was charged preliminarily with two counts of attempted murder, two counts of felonious assault, inducing panic and making terrorist threats, Jones said.

Students were eating in the cafeteria when the shooting happened around 11:30 a.m., Jones said. Afterward, classmates described a chaotic scene where they weren't sure what was happening at first. Some students fled outside.

One student mistook the first shot for a potato chip bag being popped.

Thirteen-year-old Shelby Kinnin said she heard "a couple of bangs" and realized she was near the shooter.

"I didn't really know it was gunshots until I looked over and a kid was grabbing his leg and falling over," she said.

Many people ran from the scene, and the shooter went out a door, she said. She recognized him as a boy who was in a class with her last year, though she wasn't sure of his name.

Her stepmother, Stephanie Kinnin, said it was unnerving to see emergency responders swarm the school.

"There is no feeling like that in the world," she said. "But my eyes found the children walking out looking for parents, and that was heartbreaking. Their eyes just told the story."

The students who were shot - ages 14 and 15 - were taken to a hospital where they were in stable condition, investigators said. A 14-year-old boy and 14-year-old girl were also injured, though it was unclear how, Jones said.

"We don't know if it was from the shooting or from exiting the school or because of the shrapnel from the bullets hitting into that small of an area," Jones said.

One student who'd been injured hid and was later found by authorities looking for students, Jones said.

A sheriff's deputy stationed in the school had just been in the cafeteria, Jones said.

The suspect apparently stood up, moved toward the door and then began shooting, said Chief Anthony Dwyer of the Butler County Sheriff's Office.

All other students were safe, according to the school website. The school, which had practiced for such an event, immediately went into lockdown, said district spokeswoman A.J. Huff.

School was cancelled Tuesday along with extracurricular events, although staff was expected to report to plan a response once students returned.

The campus is near Middletown, roughly 30 miles north of Cincinnati. State records show enrollment of about 250 junior high and 500 high school students.

Ohio Gov. John Kasich, a Republican running for president, said on a campaign stop in Vermont he'd been briefed but didn't give details.

"Obviously it was a tragedy, but thank God that no life was lost," Kasich said.