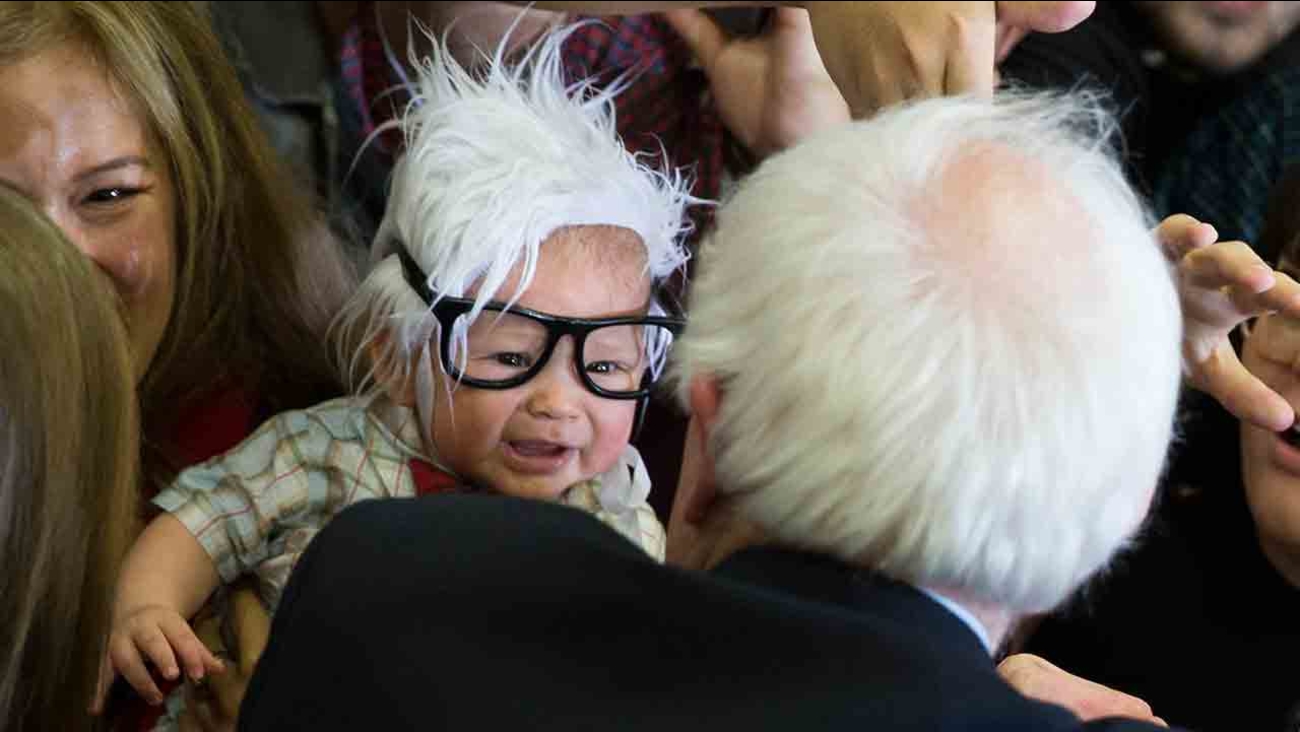 LOS ANGELES -- Bernie Baby, the cheerful toddler who won the affections of people of all political stripes after his mom posted photos on social media of him greeting Democratic presidential candidate Bernie Sanders in a lookalike white-haired wig, oversized glasses and plaid tie, has died of Sudden Infant Death Syndrome.

The winsome baby boy quickly became known across the Internet universe as Bernie Baby after his mother, Susan Lomas, posted photos on Facebook and Twitter of him greeting Sanders at a political rally in Las Vegas.

The candidate himself seemed captivated by Oliver, picking him up and holding him as the two lookalikes, separated in age by 74 years, smiled at one another.

"Oliver was happy, joyful and full of love, and he shared that with everyone he came into contact with," his aunt told the AP on Thursday. "He was extremely healthy and was tragically taken too early by SIDS."

In his Bernie Baby photos as well as most others, Oliver is often smiling broadly, although in a few of the Bernie lookalike pics he has nodded off. In one he's enjoying a baby bottle.

In still other photos, he's just being Oliver, out for a stroll with his mom or a visit to the store.

Sanders spokesman Michael Briggs said the candidate had been told of Oliver's passing and the campaign planned to issue a statement. "It's very sad," Briggs added.

Oliver's mother was too distraught to talk Thursday, her sister said, but she was encouraging everyone who had been captivated by her son's brief social media fame to celebrate his life.

"I love you dearly, I love you most. I love you with all my heart and soul. I know that God will keep you near since God and truth are here," she said in a posting on her Facebook page.

Funeral services are scheduled for 12:30 p.m. Tuesday at Forest Lawn Hollywood Hills Church of the Hills.

An Oliver Jack Lomas site has been established on gofundme.com to help the family pay for funeral expenses.