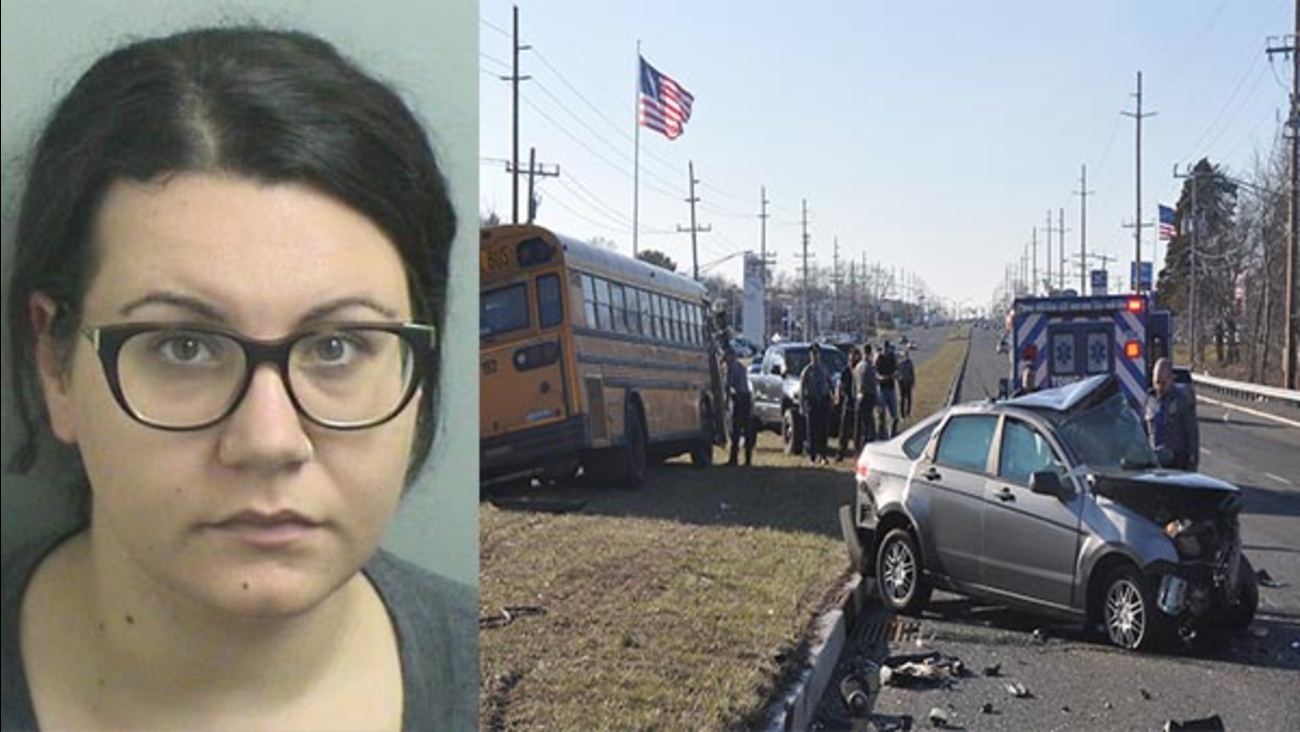 TOMS RIVER, N.J. (WPVI) -- A Toms River, N.J. woman has been charged with a list of offenses after police say she caused a 3-vehicle crash while trying to elude a police officer.

28-year-old Michele Morano was traveling south on Brookside Drive when she saw a Toms River police car behind her with its flashing lights on.

Police say Morano, who was driving without a valid driver's license or insurance, and whose car appeared to have equipment violations, later told them she sped up to avoid getting pulled over.

She accelerated so fast, police say, that she wasn't able to stop when she reached Route 37.

Morano drove straight into traffic, hitting a 2002 Ford pickup truck, which in turn pushed into a Toms River school bus.

The bus and the pickup truck ended up in the grass center median of the 6-lane highway.

The driver of the pickup truck was not injured.

The bus driver was taken to Community Medical Center in Toms River and treated for a minor injury.

There were no children on the bus at the time of the crash.

Morano was taken to Jersey Shore University Medical Center in Neptune, where she was admitted. There was no immediate word on her condition.

She has been charged with being a Revoked Driver without a valid License, failing to have insurance, reckless driving, failure to stop at an intersection and eluding a police officer and assault by automobile.

Toms River Police say when she is released from the hospital, Morano will have to post bail or be transferred to the Ocean County Jail pending a future court date.