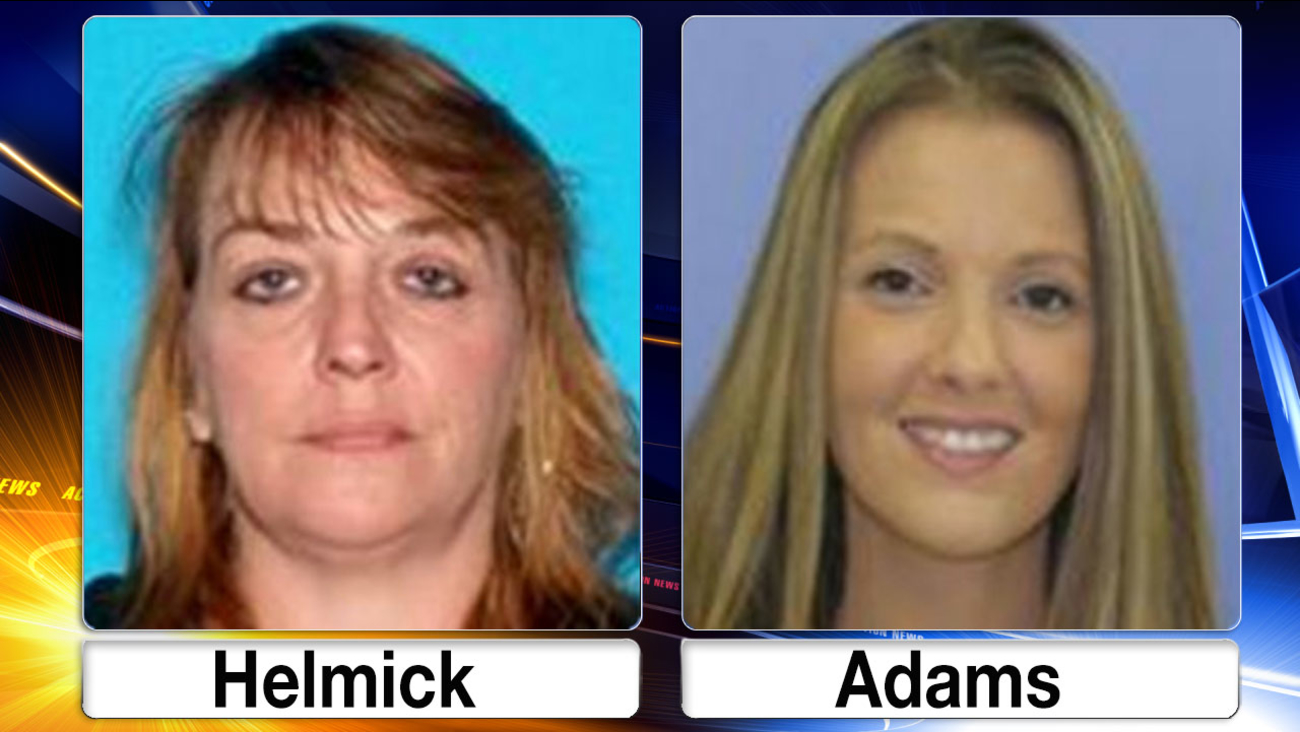 WOODBURY, N.J. (WPVI) -- Two fugitives on the list of Gloucester County's Most Wanted are under arrest, and the sheriff's department is asking for your help finding eight more.

Lore Helmick and Megan Adams were both arrested on Tuesday morning.


The sheriff's department said Helmick, 42, was found at an apartment in Millville and arrested for violating probation. She was originally charged with receiving stolen property and a drug violation.

Adams, 32, was arrested in Deptford. She was also charged with violating probation, and was originally charged with unlawful possession of a weapon.

Neither Helmick nor Adams were eligible for bail.

"Our Fugitive Unit is out on the streets everyday looking for fugitives", said Sheriff Carmel Morina in a statement. "If you're wanted in Gloucester County, our detectives will find you."