Woman surprises man who raised her with adoption papers 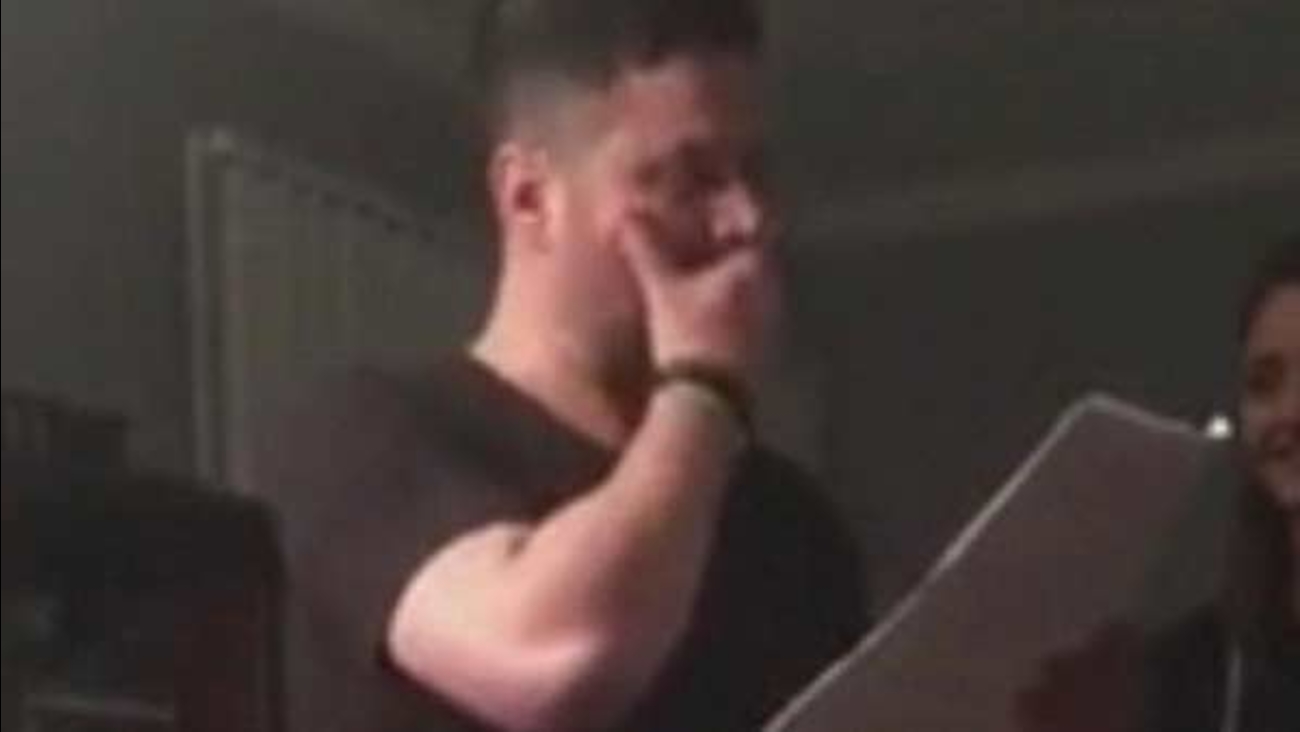 JOLIET, Ill. -- The heartwarming story of a young Illinois woman giving the man who raised her the gift of a lifetime is going viral with more than 36 million views online.

The woman, who goes by the name Misty Nicole Knight on Facebook, surprised her father-figure with a letter officially asking him to adopt her and recorded his reaction in a video she later shared on the social media site.

Take a look at the moment that has left the Internet in tears.

The Joliet woman made Ryan think that his special gift was a Batman vs Superman costume at first. But then...

"I just want you to know that you're the most amazing man I have ever met," Ryan Farrell reads from a letter on camera.

"You've raised me my whole life, from putting my hair in tight Princess Leia buns, forging my signature in fifth grade (I got grounded for that by the way), jamming out to alternative music, going on Warped Tour and even our first rock concert together, leading up to us laughing at cats wearing leggings. I know we are so weird together, but that's what makes you you and I can't imagine not having you in my life. I'm so grateful to be able to call you dad."

"Oh my God, are you serious?" Farrell questions on camera.

"What is it?" someone asks in the video.

The moment Farrell realizes what is happening, he is overcome with emotion, immediately choking up and giving Knight a big hug. "It's a petition for adoption," he replies, wiping away tears.

Her sweet caption to the Facebook post reads: "So everyone has been waiting for this but I finally asked the man that raised me to adopt me. Love you with all my heart and can't wait to be a FARRELL."
Related topics:
family & parentingfamilyadoptionu.s. & world
Copyright © 2021 ABC News Internet Ventures.
More Videos
From CNN Newsource affiliates
TOP STORIES