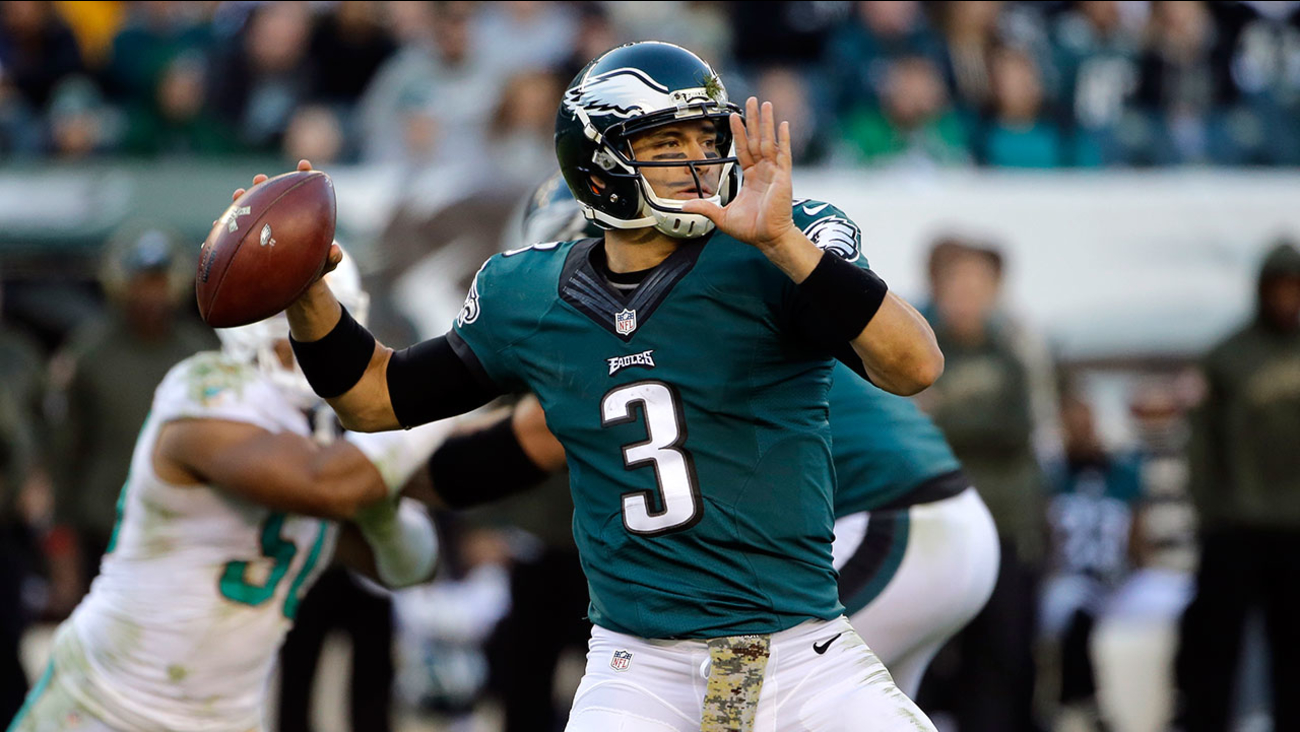 Philadelphia Eagles' Mark Sanchez passes during the second half of an NFL football game against the Miami Dolphins, Sunday, Nov. 15, 2015, in Philadelphia. (AP Photo/Matt Rourke)

PHILADELPHIA -- Mark Sanchez is getting a change of scenery and a new job description: replacing Peyton Manning.

Instead of being buried deep on Philadelphia's depth chart, the veteran quarterback has a chance to lead Denver's defense of its Super Bowl title.

The Broncos acquired the seven-year veteran from the Eagles on Friday, a move Denver general manager John Elway calls the first step toward replacing Manning.

The Super Bowl champions were left without an experienced quarterback this week when five-time MVP Manning retired and Brock Osweiler signed with Houston as a free agent. So they have turned to Sanchez, who was acquired for a conditional 2017 draft pick.

"He brings veteran leadership & will compete," Elway tweeted. "This is the 1st step in our process."

Sanchez, 29, spent his first five NFL seasons with the Jets, helping them to the AFC championship game in his first two years. But the fifth overall pick in the 2009 draft lost his job in New York and spent the last two seasons with the Eagles, starting 10 games and going 4-6 filling in for Nick Foles and later Sam Bradford.

The former star at Southern California has a 37-35 record as a starter in his seven NFL seasons. He joins Trevor Siemian, who took one snap last year as a rookie, as the only quarterbacks on Denver's roster.

The Broncos hoped to hand things over to Osweiler, Manning's longtime apprentice. But they were outbid by the Texans, who signed Osweiler to a four-year, $72 million contract Thursday. That deal includes $37 million in guarantees for a quarterback who suffered four injuries in seven career starts, all in 2015.

Sanchez became expendable in Philadelphia when new coach Doug Pederson lured longtime Chiefs backup Chase Daniel with him to the Eagles from Kansas City for $21 million over three years. Pederson said Sam Bradford would still be his starter, however.

Bradford started 14 games for the Eagles last season after being acquired in a trade a year ago from the Rams. He signed a two-year contract worth $36 million earlier this month.