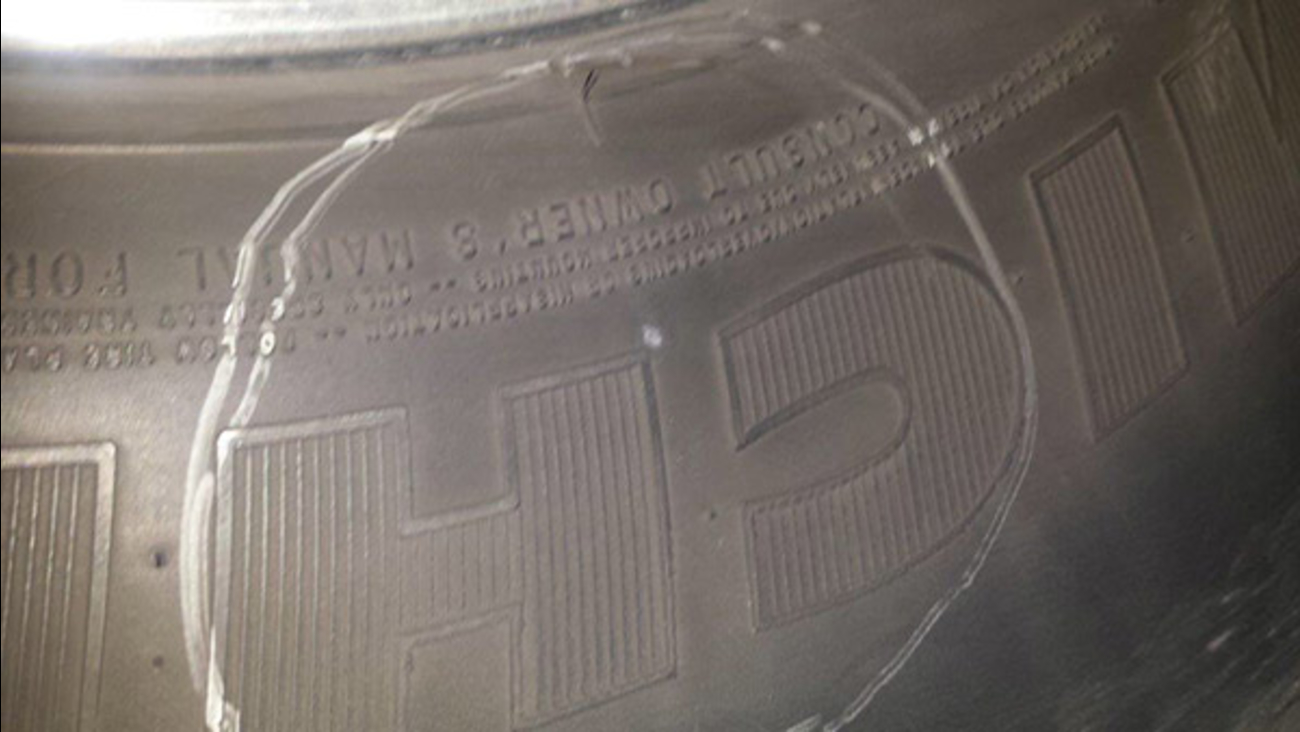 WILMINGTON, Del. -- The tire of a fire truck was apparently hit by a stray bullet that came from a nearby shooting in Wilmington, Delaware.

Fire Chief Anthony Goode sent a photo of the tire to Action News.

Goode says the truck was responding to a gas leak on Thursday evening, which happened to be near a homicide scene on the 2000 block of Connell Street.

The tire has been secured by police for evaluation.

As for that homicide, a man was shot multiple times.