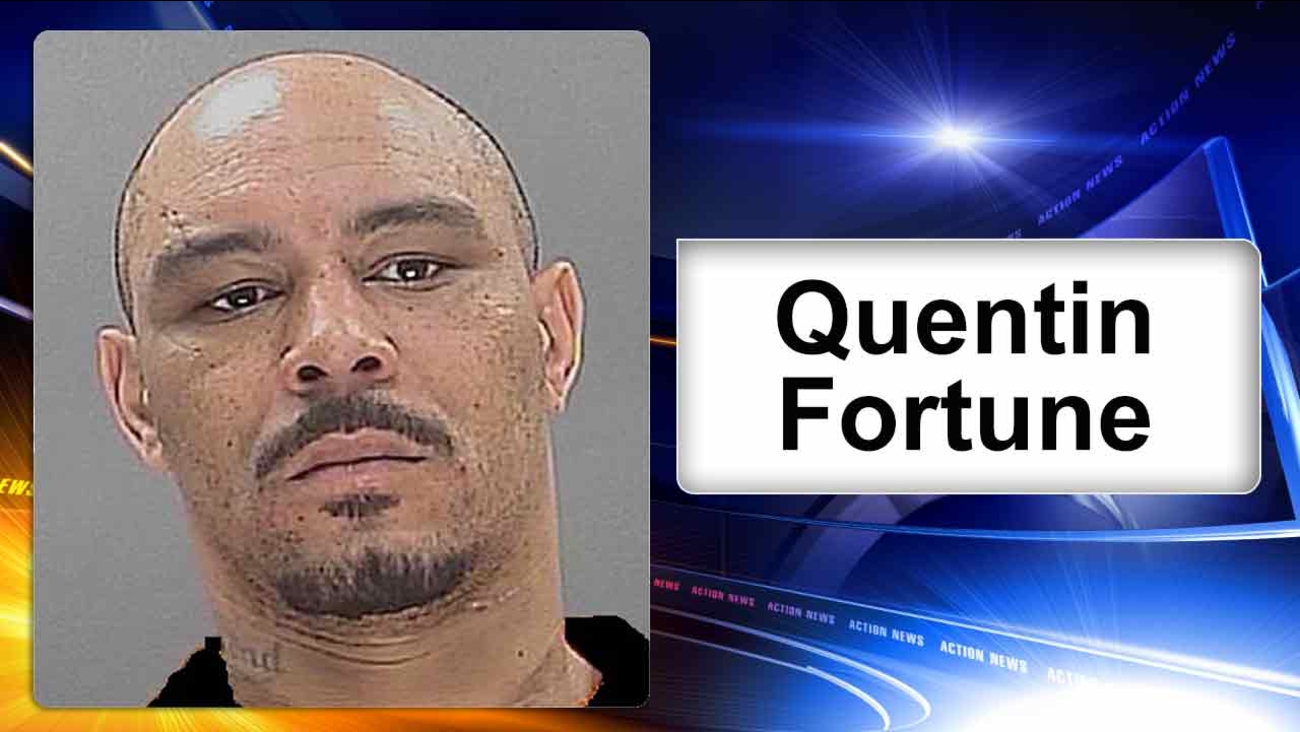 DELRAN, N.J. (WPVI) -- Authorities have charged a New Jersey man with killing his wife after they say he ran from the scene of an auto accident where she was found on the ground next to the car.

The Burlington County prosecutor says Delran police responded to the scene of the crash late Thursday night in the area of Rt. 130 North near the intersection of Chester Avenue, where a car had collided with several other vehicles.

When officers arrived they found 54-year-old Cynthia Fortune on the ground next to the driver's side of a Chevy Cruze with visible lacerations on her neck and a knife in the vehicle.

The victim was later transported to Lourdes Medical Center where she was pronounced dead.

Police found her husband, 37-year-old Quentin Fortune of Somerdale, at the nearby Rt. 130 Diner covered in what appeared to be blood and dressed only in a T-shirt, boxer-briefs and sneakers.

Burlington County Prosecutor Robert Bernardi says that after the crash, the suspect got out of the vehicle's passenger side as his wife got out of the driver's side.

Bernardi explains, "He comes around to her side. You can't really see what's happening at that point, but she is on the ground shortly thereafter. And that's where she is found."

According to Bernardi, the husband then allegedly attempted to carjack two vehicles in an effort to flee, but both attempts were unsuccessful. Police believe he then took off his clothes, that were apparently covered in blood, before he was apprehended.

Authorities are now urging witnesses to come forward to assist them with the investigation.