Gorilla at Philadelphia Zoo is pregnant, due in fall 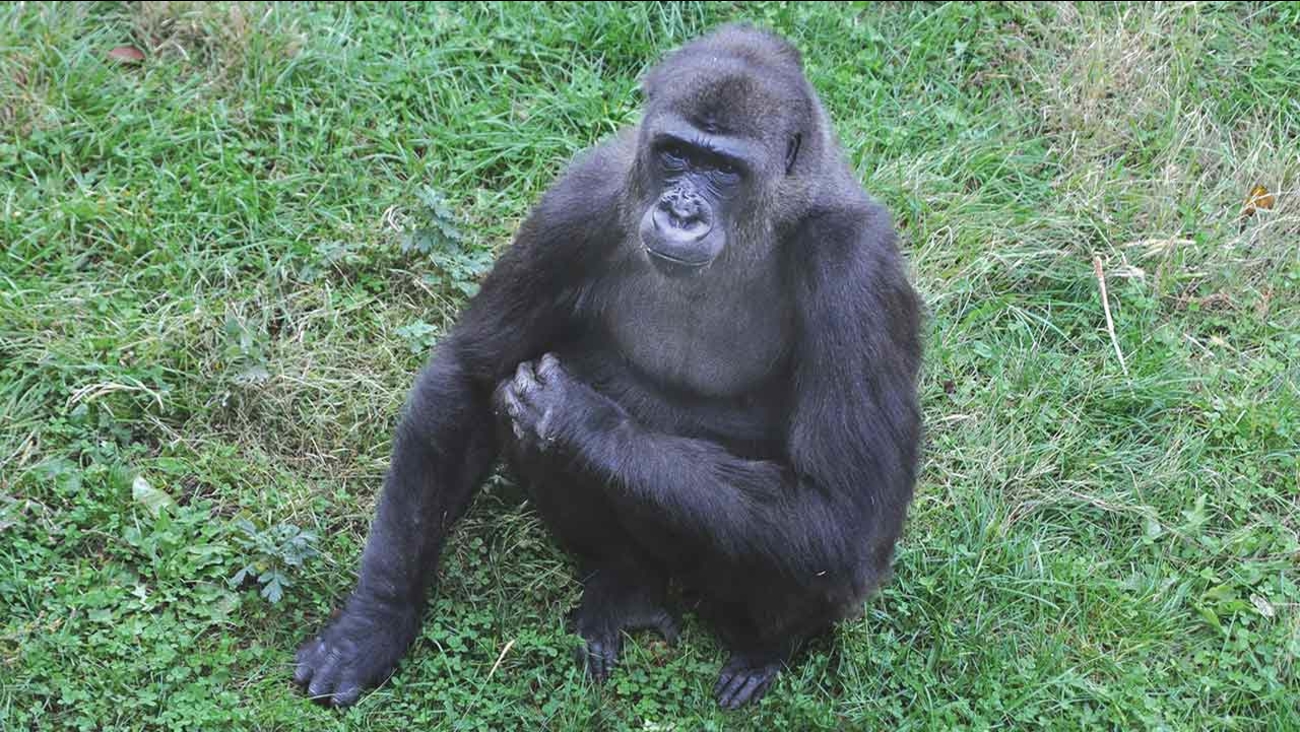 PHILADELPHIA (WPVI) -- The Philadelphia Zoo says a 21-year-old female gorilla named Honi is pregnant and the baby is due in the fall.

The zoo says in an announcement Monday that Honi's pregnancy was confirmed with an over-the-counter test like the ones used by humans.

Dr. Keith Hinshaw, Director of Animal Health at the zoo, says an ultrasound showed the baby has a normal heartbeat, "which is a very good sign."

He says "Honi is doing great but, as with any pregnancy, we are carefully monitoring her health." Thirty-one-year-old Motuba is the father.

The zoo has five Western lowland gorillas. In addition to the expecting couple, there is 16-year-old Louis; 16-year-old Kira; and 13-year-old Kuchimba, who is also Honi's son.

They are listed as critically endangered species.